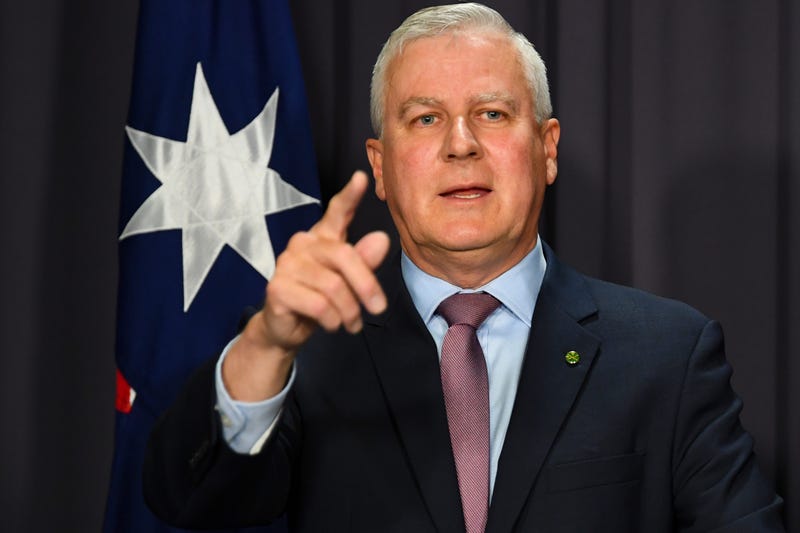 Photo credit Australian Transport Minister Michael McCormack speaks to the media during a press conference at Parliament House in Canberra, Friday, Oct. 2, 2020. Australia and New Zealand have scheduled a partial opening of their borders. Passengers will be able to fly to the Australian cities of Sydney and Darwin without going into quarantine from Oct. 16 if they were recently in a non-hot spot area of New Zealand. “We want to open up Australia to the world,” McCormack said. (Lukas Coch/AAP Image via AP)
By The Associated Press

CANBERRA, Australia (AP) — Australia and New Zealand on Friday announced a partial opening of their borders to travel between the neighboring countries.

Passengers will be able to fly to the Australian cities of Sydney and Darwin without going into quarantine from Oct. 16 if they have spent at least two weeks in parts of New Zealand that are not considered to be a COVID-19 hot spot, Transport Minister Michael McCormack said.

But New Zealand will continue to insist on travelers from Australia going into hotel quarantine for two weeks on arrival.

“We want to open up Australia to the world,” McCormack said. “This is the first part of it.”

The two countries separated by the Tasman Sea have long said the return of international travel would begin with a so-called Trans-Tasman Bubble.

But travelers who have visited a New Zealand “hot spot” — defined as a region that has reported three new infections a day over three days — would not be exempt from quarantine.

When New Zealand would allow quarantine-free travel from Australia was a question for New Zealand Prime Minister Jacinda Ardern, he said.

Australian states and territories have restricted movement across their borders to reduce the pandemic’s spread, particularly from Victoria state which has accounted for 802 of the nation’s 888 coronavirus deaths.

In other developments from the Asia-Pacific region:

— India’s COVID-19 fatalities are closing on 100,000 with another 1,095 deaths reported in the past 24 hours. The update by the Health Ministry on Friday raised India's death toll to 99,773. Its reported deaths are low for a country with nearly 1.4 billion people and more than 6.3 million cases of coronavirus infection, but experts say it may not be counting many deaths. The ministry also reported 81,484 new cases of infection on Friday. Total cases jumped from 1 million in mid-July to more than 6 million in less than two and a half months. New Delhi, Mumbai, Chennai and Bengaluru are the main urban centers of the infections, accounting for one in every seven confirmed cases and one in every five deaths in the country.

— Two of the most popular Philippine tourist destinations have partially reopened, drawing only a fraction of their usual huge crowds given continuing coronavirus restrictions. Tourism Secretary Bernadette Romulo-Puyat said 35 local tourists came on the first day of the reopening of Boracay, a central island famous for its powdery white sands, azure waters and stunning sunsets. Only local tourists from regions with low-level quarantine designations could go, subject to safeguards, including tests showing a visitor is coronavirus-free. The mountain city of Baguio, regarded as a summer hideaway for its pine trees, cool breeze and picturesque upland views, has been reopened to tourists only from its northern region, she told ABS-CBN News. She said the revival of the tourism industry is being done “very slowly, cautiously,” adding mayors and governors would have to approve the reopening of tourism spots. “We really have to be careful,” she said. Like in most countries, the pandemic has devastated the tourism industry in the Philippines, which now has the most confirmed COVID-19 cases in Southeast Asia at more than 314,000, with 5,504 deaths.