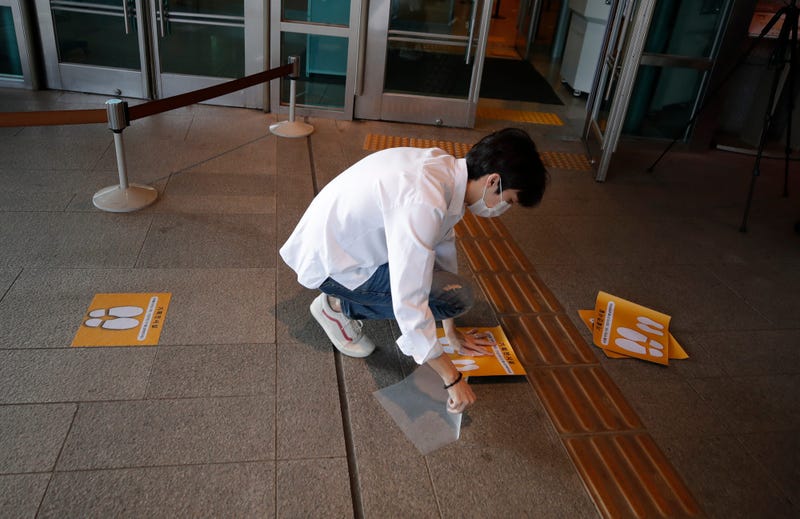 Photo credit A man wearing a face mask attaches social distancing signs on the floor at the National Museum of Korea in Seoul, South Korea, Monday, Sept. 28, 2020. The museum reopened Monday after having been closed for six weeks as a precaution against the coronavirus. (AP Photo/Lee Jin-man)
By The Associated Press

Many experts have warned, however, that the virus could spread again after this week’s traditional Chuseok autumn holidays, when people usually travel to visit their relatives. Health authorities have urged people to refrain from traveling this year because of the risk of spreading the virus.

The Korea Disease Control and Prevention Agency said the 38 cases added in the last 24 hours took the country’s total to 23,699 with 407 deaths.

South Korea had seen a viral resurgence, mostly in the densely populated Seoul area since early last month. But its caseload has recently begun slowing after authorities enforced stringent social distancing rules. The anti-disease agency says 17 of the new cases were reported in the Seoul area.