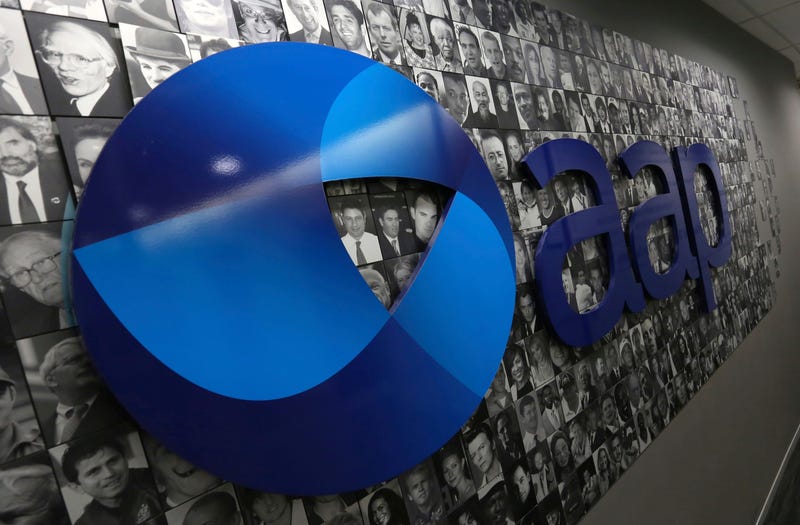 Photo credit The logo of Australian Associated Press is displayed in its headquarters in Sydney, March 3, 2020. The Australian government has announced Friday, Sept. 18, 2020, a 5 million Australian dollars ($3.7 million) grant to the national news agency as part of pandemic-related assistance to journalism. (Danny Casey/AAP Image/ via AP)
By The Associated Press

Australian Associated Press is critical to media diversity and has consistently demonstrated its commitment to accurate, fact-based and independent journalism over its 85-year history, including a strong contribution to regional news, Communications Minister Paul Fletcher said in a statement.

“Public interest journalism is important now more than ever. This AU$5 million in funding will allow AAP to continue delivering its important news service for communities Australia-wide,” Fletcher said.

AAP Chair Jonty Low and Chief Executive Emma Cowdroy welcomed the funding as an “endorsement of the role that AAP plays in providing a key piece of Australia’s democratic Infrastructure.”

“AAP provides content to hundreds of newspapers and radio stations, most of which are in regional areas, who couldn’t possibly each send journalists to cover what happens in our nation’s capital cities, our courts or our sporting fields,” the executives said in a joint statement.

“Why has it taken over five months for this government to respond when things are down to the wire?” she asked.

Earlier this week, three senators who are not aligned with major parties — Jacqui Lambie, Rex Patrick and Stirling Griff — wrote to Prime Minister Scott Morrison urging him to support AAP.

They argued that funding should be provided annually for three years to ensure AAP stays afloat beyond the coronavirus economic crisis.

The funding announced Friday is a one-off grant under the Public Interest News Gathering Program, which began in May to help media organizations maintain public interest journalism in regional areas during the pandemic.

The government has now invested AU$55 million ($40 million) through the program into AAP as well as 107 regional publishers and broadcasters. But scores of rural newspapers have shut their doors.

Details of the AAP agreement will be published within three weeks of the deal being executed.

AAP was bought by a consortium of philanthropist investors in July after its previous shareholders, including Australia’s largest media companies, announced in March that they planned to shut it down by June.

A scaled-down AAP continues without the AU$10 million ($7.3 million) a year in revenue it had earned from its largest previous shareholders, News Corp Australia and Nine Entertainment Co.

The not-for-profit company will also lose its status as Australia’s only news agency, and potentially subscribers, next year when News Corp offers its in-house alternative, NCA NewsWire, to outside media outlets.

Last week, AAP launched a crowdfunding campaign to raise AU$500,000 ($366,000), with some subscribers reluctant to commit to long-term contracts ahead of the new competition.

“For AAP to continue and thrive it needs ongoing customer revenue, it needs a fair share of the generous support the Commonwealth government has offered other media companies, and, right now, it needs the help of thousands of Australians as well,” the campaign said.

Australia’s fair trade regulator Rod Sims, chair of the Australian Competition and Consumer Commission, has described government funding of AAP as a “great idea” because of the services it provides to struggling rural and regional media.

“They independently provide newswire services that just about all newspapers pick up. Certainly some have told me that if it wasn’t for the AAP, they couldn’t have come into existence,” Sims said.

“Some of the bigger ones don’t need it as much, but the smaller ones still do, certainly rural and regional do. So having AAP is absolutely fundamental,” he added.

Sims is writing a final draft of legislation that would make Facebook and Google pay Australian media outlets for the journalism that the digital giants siphon.

Under the proposed legislation, AAP wouldn’t be compensated but its subscribers would because the digital platforms would pay the media outlets for the AAP news they publish.