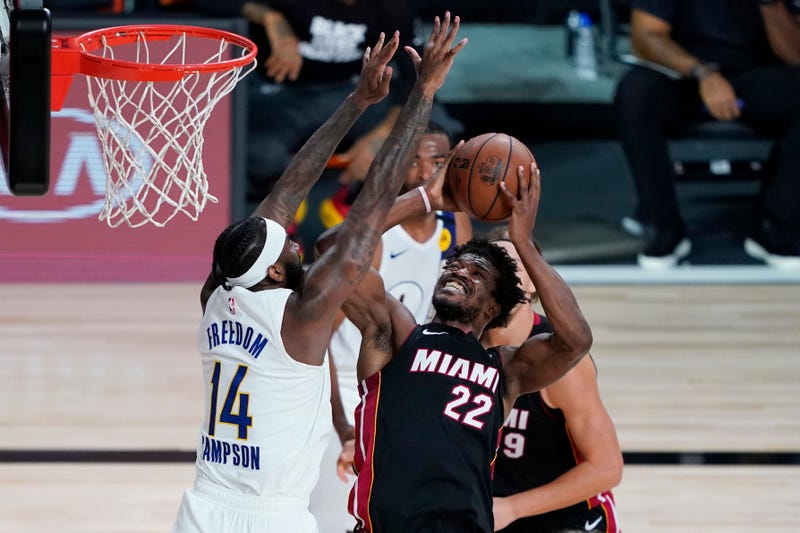 LAKE BUENA VISTA, Fla. (AP) — Jimmy Butler scored 27 points and the Miami Heat held off a furious rally to beat the Indiana Pacers 124-115 on Saturday to take a 3-0 lead in their first-round Eastern Conference playoff series.

Goran Dragic added 24 points, Bam Adebayo had 22 points and 11 rebounds, and Tyler Herro scored 20 points for the Heat. They can sweep the series Monday.

Dragic spun through the Pacers and made a layup as time expired in the second quarter to put the Heat up 74-56. The Heat made 11 3-pointers in the highest-scoring half in franchise playoff history.

Indiana opened the second half with a 12-2 run to trim Miami’s lead to eight.

Indiana cut it to two points three times in the fourth quarter.

Pacers: Coach Nate McMillan was given a technical foul in the second quarter. ... Held Miami to 5-for-19 shooting in the third quarter. ... Oladipo fouled out in the final minute.