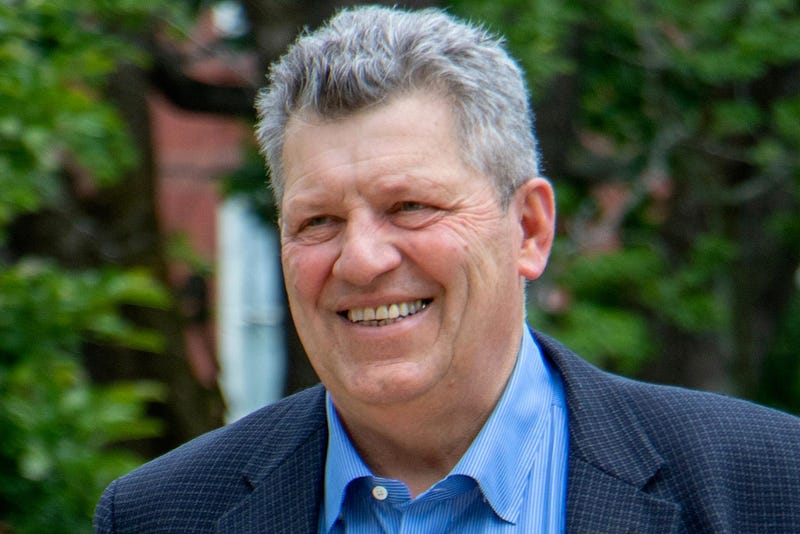 The 63-year-old Army veteran and attorney cast himself as a political outsider, saying he gained leadership experience in the military and private sector after founding a Denver law firm that has expanded to eight other cities. Bolduc, his main opponent, tried to use that outsider label against him, contrasting his deep roots to New Hampshire with Messner’s relatively recent arrival from Colorado.

After owning a vacation home in Wolfeboro for many years, Messner only made it his permanent residence about two years ago. But he said voters rarely brought that up to him, and that his background and ideas won them over.

Messner poured nearly $3.8 million of his own money into his campaign, making up nearly 90% of the total he raised as of Aug. 19. He had $2.5 million on hand, compared to Shaheen, who had raised $15.6 million by that date and had $7.2 million left.

Shaheen, 73, the first woman in U.S. history to serve as both governor and U.S. senator, easily defeated two longshot challengers in her primary. She has touted her record of working across party lines to make a difference for New Hampshire families, on issues including veterans’ access to health care and helping small businesses during the coronavirus pandemic.

THIS IS A BREAKING NEWS UPDATE. AP's earlier story follows below:

The Republican U.S. Senate primary in New Hampshire could hinge on bank accounts, backgrounds and the backing of President Donald Trump.

The top two contenders in Tuesday’s race — Retired Brig. Gen. Donald Bolduc and attorney Bryant “Corky” Messner — agree on most issues, including their belief that the incumbent they hope to unseat, Democrat Jeanne Shaheen, has moved too far to the left and lost touch with her constituents. Shaheen, seeking her third term, easily defeated two longshot challengers.

Messner, an Army veteran who founded a national law firm in Denver, argues his diverse leadership experience in the military and private sector sets him apart. He benefited from an endorsement by Trump and his own deep pockets — he poured more than $3.8 million of his own money into his campaign.

Bolduc, meanwhile, argues that the race comes down to roots and an understanding of average voters. Aside from his military service, he’s lived in New Hampshire most of his life, while Messner moved to the state permanently in 2018 after years of maintaining a vacation home here. And he accused both Messner and Shaheen of equating politics with power and money instead of public service.

Andy Martin and Gerard Beloin also are on the Republican ballot.

Shaheen, meanwhile, had raised $15.6 million and had $7.2 million on hand, though both she and the Republican nominee are likely to rake in substantial sums raised nationally before the general election.

Shaheen faced former state Rep. Tom Alciere and retired dentist Paul Krautmann in the Democratic primary. She has touted her record of working across party lines to make a difference for New Hampshire families, on issues including veterans’ access to health care and helping small businesses during the coronavirus pandemic.

“When it comes to making a difference for New Hampshire, she gets the job done, and her record stands in sharp contrast to whoever the Republicans nominate tonight,” said her campaign manager, Harrell Kirstein.