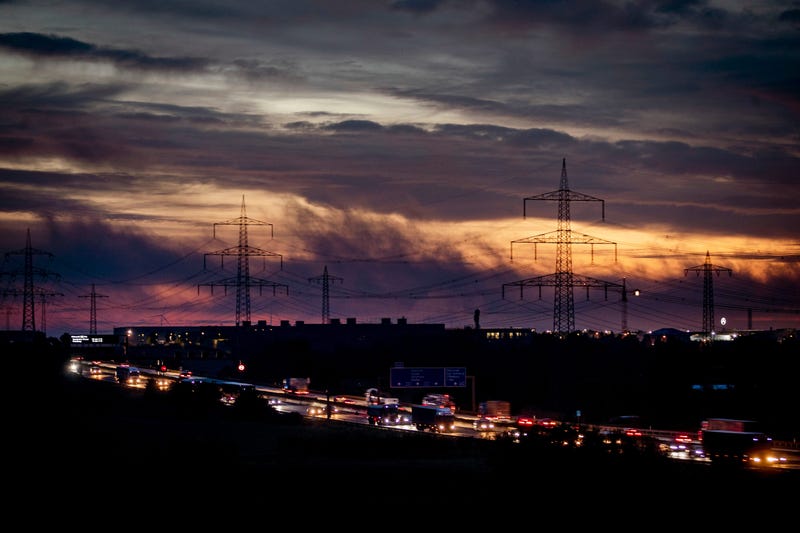 Photo credit Cars and trucks drive on a highway before sunrise in Frankfurt, Germany, Friday, Oct. 2, 2020. (AP Photo/Michael Probst)
By The Associated Press

FRANKFURT, Germany (AP) — Annual inflation in the 19-country eurozone sagged further below zero in September, bolstering expectations that the European Central Bank will add to its emergency stimulus efforts to help cushion the impact of the pandemic on the economy.

The consumer price index was down 0.3% in September, even lower than the minus 0.2% figure in August, according to new figures released Friday by the European Union statistics agency.

Excluding volatile food and fuel prices, the inflation rate was 0.2% in September, down from 0.4% in August. The so-called core inflation figure is often considered the better measure of price movements in the economy as a whole.

Low inflation is a major reason why analysts predict the ECB will add to its 1.35 trillion-euro ($1.6 trillion) program of regular bond purchases, which push newly printed money into the financial system. The pandemic emergency purchases are credited with keeping borrowing costs down and preventing turmoil on financial markets that would have worsened the recession caused by the virus.

Frederik Ducrozet, strategist at Pictet Wealth Management, said that the central bank's December meeting would likely be the earliest occasion to add stimulus as that is when the ECB will issue updated forecasts for growth and inflation to help form a decision.

“That said, we wouldn’t completely rule out a decision at the 29 October meeting depending on macro developments and financial conditions,” he wrote in an emailed research note. He said the ECB could boost its bond purchases by 500 billion euros.

The ECB's goal is to have annual inflation of just under 2%. Economists say the pandemic is contributing to low inflation as merchants keep prices down in hopes of attracting customers amid restrictions on travel and activity.

While low inflation can benefit consumers up to a point, weak prices over a period of time can be a sign of too much slack in the economy. Weak inflation can also make it harder for indebted countries in the eurozone to improve their competitiveness compared with the other members of the currency bloc.

The recent string of low inflation figures has been attributed to one-time factors such as the late start of summer sales in France and Italy affecting the prices of clothes and shoes. But it is also being attributed to businesses like hotels and airlines, which have been among the hardest hit by the coronavirus outbreak, slashing their prices to entice buyers.

At the ECB's Sept. 10 meeting President Christine Lagarde gave little indication that more stimulus was coming but said the bank stood ready to adjust its programs if needed. The ECB, based in Frankfurt, Germany, is the chief monetary authority for the EU member countries that use the euro.