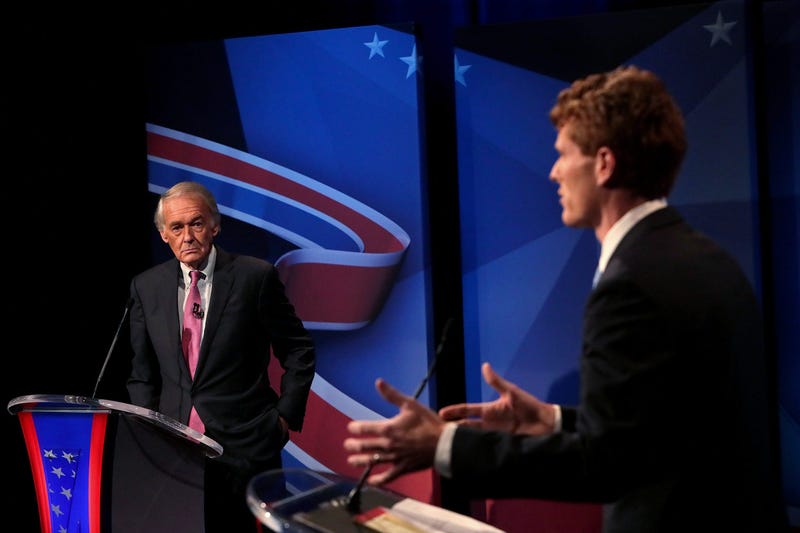 WASHINGTON (AP) — House Speaker Nancy Pelosi endorsed Democratic Rep. Joe Kennedy III on Thursday in his bid to oust Sen. Edward Markey in the Massachusetts Democratic primary, backing a young challenger against a veteran lawmaker with whom she's served in Congress since 1987.

By embracing Kennedy, grandson of the late U.S. attorney general and New York Sen. Robert F. Kennedy, Pelosi sided with a congressional upstart against one of Washington's old guard. Both contenders are among Congress' more liberal Democrats, but Kennedy, 39, has been in the House since only 2013. Markey, 73, has served in Congress since 1975, moving from the House to the Senate in 2013.

Pelosi said when Democrats were working to take back control of the House from Republicans during the 2018 elections, Kennedy stumped for candidates across the country.

“From climate change to health care to racial justice, Joe has been a leader in our Caucus organizing us around our core values,” Pelosi said in a press release. “We need leaders who are willing to give every inch of themselves to the causes and concerns that unify Democrats. Joe Kennedy represents this Party’s future."

A Pelosi aide said she was uncomfortable with Markey remarks in which he's assailed Kennedy and his family's long political legacy. In one campaign video, Markey paraphrases a famous quote by the late President John F. Kennedy, saying, "We asked what we could do for our country. We went out, we did it. With all due respect, it’s time to start asking what your country can do for you.”

The aide, who said Joe Kennedy didn't ask for Pelosi's endorsement, was not authorized to publicly discuss the speaker’s decision and spoke on condition of anonymity. President Kennedy was Joe Kennedy's great-uncle.

“I feel at peace with the decision," Pelosi said Thursday during an interview with Washington Post Live.

Her endorsements this year have included two members of the so-called “squad” of freshman Democratic women of color: Reps. Rashida Tlaib of Michigan and Ilhan Omar of Minnesota. She's also supported centrist Democrats like Rep. Henry Cuellar of Texas, who fended off a progressive challenger in his primary.

But in backing Kennedy against Markey, Pelosi angered Justice Democrats, a grassroots group that has recruited progressive challengers like Rep. Alexandria Ocasio-Cortez, D-N.Y.

“This move reeks of hypocrisy: the party is setting one standard for progressives and one entirely different standard for the establishment," Alexandra Rojas, Justice Democrats' executive director.

“No one gets to complain about primary challenges again," Ocasio-Cortez tweeted.

“She is a force and a changemaker, and I’m beyond grateful to have her in my corner,” said Kennedy, who is the lone member of the political dynasty currently in elected office.

The endorsement follows Kennedy's support of Pelosi during her bid to regain the top position in the House in 2018. Pelosi was nominated as her party’s choice for speaker by Kennedy.

Markey called Pelosi a “tremendous, effective leader who has shattered glass ceilings throughout her career.”

"Any candidate would be proud to have her endorsement, and I congratulate Congressman Kennedy on securing her support,” Markey said in a statement.