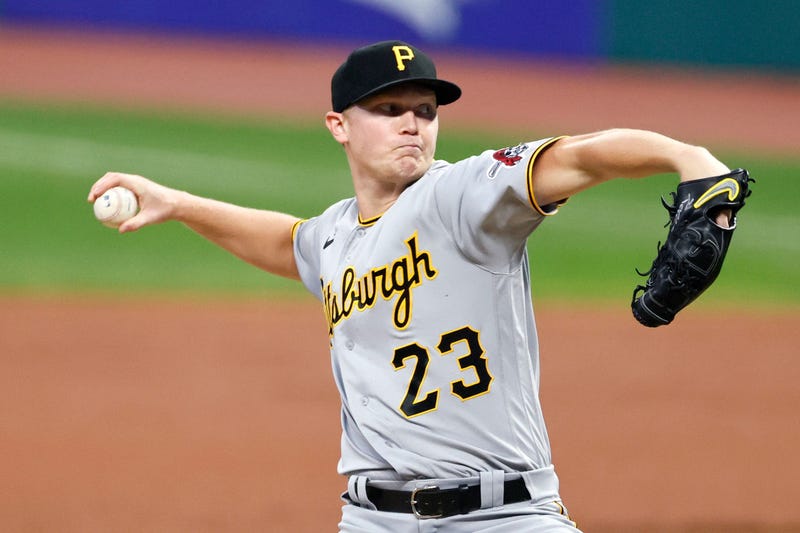 Pittsburgh Pirates starter Mitch Keller was pulled after five innings despite not allowing a hit — and walking eight — against the Cleveland Indians on Friday night.

Keller couldn't find the plate in the first inning, when he walked the bases loaded after throwing balls on 12 of his first 15 pitches. The Indians, however, scored only once and then didn't capitalize in the third after Keller walked the bases full for the second time.

Keller threw six no-hit innings in his previous start against St. Louis on Sept. 19 before leaving and has now thrown 11 straight hitless innings.

Gregory Polanco's two-run homer in the fourth off Carlos Carrasco has the Pirates ahead 2-1.

The closest Cleveland has come to a hit was in the fifth when José Ramírez, who entered as perhaps baseball's hottest hitter, ripped a ball down the line that first baseman Colin Moran gloved with a diving stop before throwing to Keller at first in time to beat Ramírez.

The right-hander was sidelined earlier this season with a left oblique injury.

The Pirates haven't had a no-hitter since Francisco Cordova and Ricardo Rincon combined for one in 1997.

sports
Eagles’ Dallas Goedert, out since Week 4, to return against Cowboys
news
19-year-old becomes caretaker of 4 siblings after mom loses battle with COVID
news
Retailers consider possibility of windowless storefronts in the future
sports
Can Cowboys avoid being third team to start 0-8 against the spread?
news
Expert reveals the key to pandemic parenting
news
Bed Bath & Beyond is cutting back on its famous 20% coupons