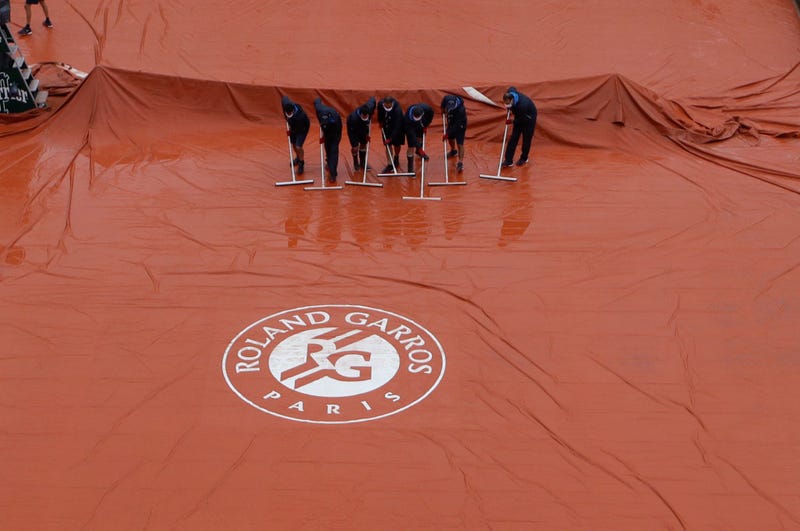 The Paris prosecutor’s office has opened a police investigation into suspicions of match-fixing during a recent match.

The office said the investigation is being conducted by a French police unit that specializes in betting fraud and match-fixing probes. It has previously worked with Belgian authorities in investigating suspected fixed matches at the lower levels of professional tennis.

The Paris prosecutor’s office said the investigation is centered on suspicions concerning one match at Roland Garros but did not specify which.

The reports said suspicious betting patterns concerned the fifth game of the second set when Sizikova was serving and broken to love.

Nadia Podoroska is the first female qualifier in the Open Era to reach the French Open semifinals.

The 131st-ranked Argentine tossed her racket high into the air after beating third-seeded Elina Svitolina 6-2, 6-4.

Podoroska could meet another qualifier in the semifinals if Martina Trevisan beats Iga Swiatek later.

The unseeded Collins next faces No. 4 Sofia Kenin in an all-American contest.

Collins looked in control at 3-0 up in the second set but her Tunisian opponent won five straight games.

Jabeur reached the Australian Open quarterfinals this year. This was her best run at the French Open while Collins had never previously been past the second round here.

Collins could reach her second semifinal at a major tournament after last year's Australian Open.