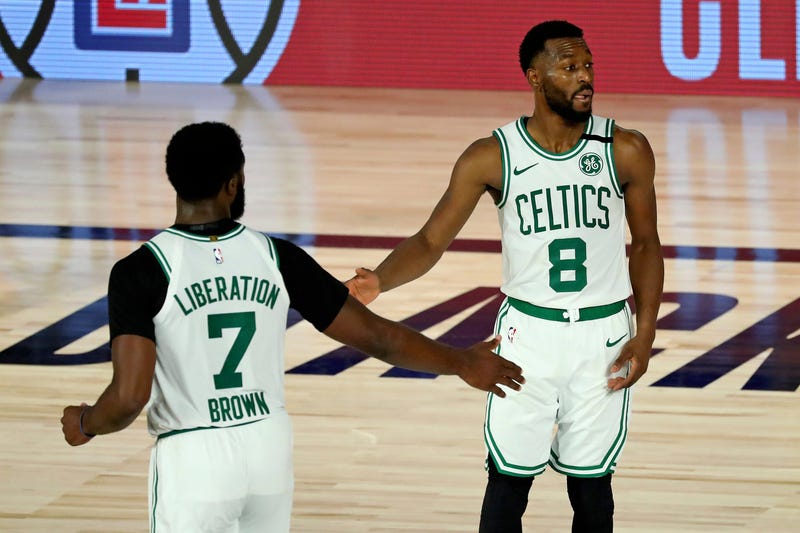 LAKE BUENA VISTA, Fla. (AP) — Kemba Walker scored 24 points and the Boston Celtics closed with a 10-0 run to beat the Philadelphia 76ers 102-94 on Friday night for a 3-0 lead in the first-round series.

Jaylen Brown had 21 points and Jason Tatum added 15 for the Celtics.

Boston led 51-49 at the half, with Embiid carrying Philadelphia with 22 points and 10 rebounds.

The Celtics were able to stay close despite Tatum picking up his third foul near the end of the first quarter and having to sit the entire second quarter. Tatum entered the game averaging 32.5 points on 10-of-17 shooting from 3-point range in the series.

Midway through the third, Walker completed a personal 8-0 run with a fast-break layup and foul on Embiid — his fourth. But Philadelphia didn't fold with its All-Star center on the bench, instead battling back to tie it.

Celtics: Daniel Theis picked up his sixth foul with 3:01 left with the Celtics up 92-90.

76ers: Al Horford, who started Game 1, got the start against the Celtics. ... 76ers were 29-2 playing at home in Philadelphia this season, but didn't have the luxury of a home-court advantage playing in the bubble. ... Lost despite outrebounding the Celtics 57-45.