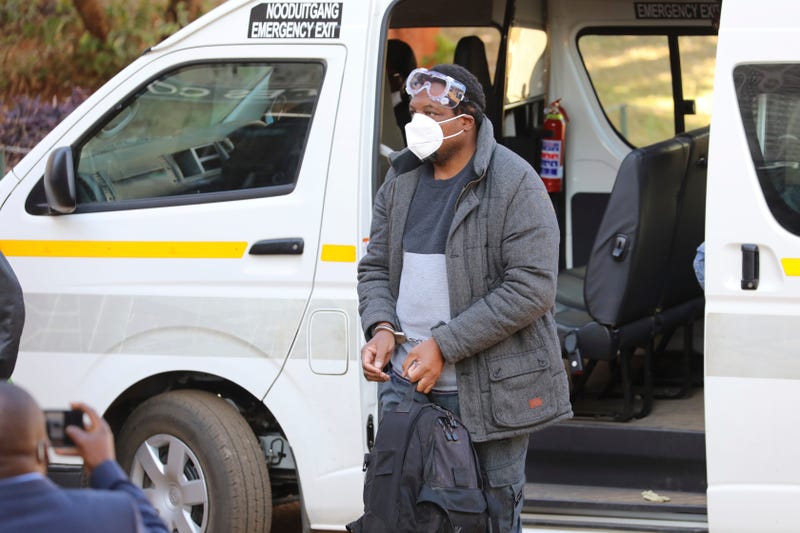 Photo credit Zimbabwe journalist Hopewell Chin'ono appears at the magistrates courts while handcuffed in Harare, Wednesday, July, 22, 2020. Chin'ono known for exposing alleged government corruption is now accused of plotting against the government. Hopwell Chin'ono appeared alongside Jacob Ngarivhume, an opposition politician who is accused of conspiring with to mobilize anti government protests planned for July 31.(AP Photo/Tsvangirayi Mukwazhi)
By The Associated Press

HARARE, Zimbabwe (AP) — Zimbabwe is embroiled in an economic and political crisis marked by human rights abuses, said the country's Roman Catholic bishops, who were then criticized by the government as “evil” and trying to promote genocide.

In a pastoral letter read out at all Catholic churches Sunday, the bishops said Zimbabwe is in “a multi-layered crisis of the convergence of economic collapse, deepening poverty, food insecurity, corruption and human rights abuses.”

Scores of government critics and ordinary people have been arrested in recent weeks, others allegedly abducted and tortured and many are in hiding following an anti-government protest thwarted by security agents in July.

“Fear runs down the spines of many of our people today," said the bishops' statement. "The crackdown on dissent is unprecedented ... Our government automatically labels anyone thinking differently as an enemy of the country: that is an abuse.”

“With nefarious cynicism to history, Archbishop Robert Christopher Ndlovu is inching to lead the Zimbabwe Catholic congregation into the darkest dungeons of Rwanda-type genocide,” Mutsvangwa said in the state-run Sunday Mail newspaper.

The “errant” and “reckless” archbishop “and his flock of misled Catholic bishops” were promoting a civil war, she said, calling Ndlovu “the chief priest of the agenda of regime change that is the hallmark of the post-imperial major Western powers for the last two decades.”

Critics accuse Mnangagwa of being more repressive than his predecessor, the late Robert Mugabe, despite promising democracy when he took power in 2017 following a military coup. The economy is in a downward spiral, with inflation above 837%, the second-highest worldwide after Venezuela.

The spat between the Catholic bishops and the government came after Zimbabwe's High Court ordered prison authorities to respect the rights of Hopewell Chin’ono, a journalist, and Jacob Ngarivhume, an opposition politician, who have been in jail for more than three weeks after being accused of mobilizing an anti-government protest.

Chin’ono’s lawyer Beatrice Mtetwa said Sunday that for the first time since Chin’ono was sent more than a week ago to the harsh Chikurubi Prison, she was able to see him and privately consult with him following the court order. But prison authorities refused her to bring him warm food. Mtetwa said Chin’ono is surviving on biscuits and water because prison food does not fit his medical requirements.