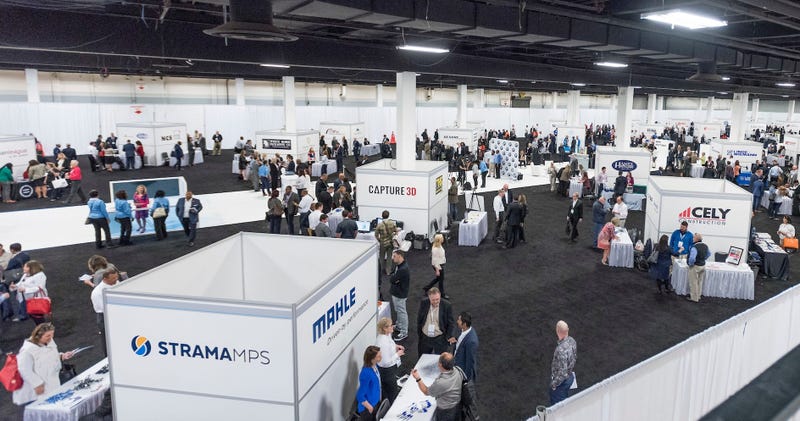 BMW Manufacturing hosts the eighth annual Supplier Diversity Conference today (Thursday), at the Greenville Convention Center in Greenville, SC. The conference, one of the largest supplier diversity events in the nation, is an opportunity for women-, minority-, and veteran-owned businesses to participate in a day of professional development and to network with BMW’s Tier 1 suppliers.

“The BMW Group believes in the value of diversity,” said Knudt Flor, president and CEO of BMW Manufacturing. “We believe that diversity among our suppliers adds value throughout the organization, sparks innovation and improves productivity.”

“The U.S. is the BMW Group’s second largest purchasing market in the world, after Germany,” said Aksel. “Last year, 70% of the BMW Group’s purchasing volumes in the North American region originated in the U.S. which provides a lot of opportunities for local suppliers.”

This year’s event includes 269 exhibitors and more than 2,400 registered attendees. Throughout the day, participants will have the opportunity to attend breakout sessions on professional development topics, drive BMWs at the BMW Performance Center and tour the BMW plant in Spartanburg. Everyone looks forward to the Business Opportunity Networking Conference from 1 to 5 p.m., where women-, minority- and veteran-owned businesses can meet BMW Tier 1 suppliers and discuss their skills.

“An important part of my job is to ensure BMW and our Tier 1 suppliers include diverse businesses in the competitive bidding process,” said Louise Connell, supplier diversity manager at BMW Manufacturing. “The BMW Supplier Diversity Conference is a great opportunity for each participant to meet many of BMW’s suppliers and showcase their abilities. I have personally seen and heard many of these businesses being awarded national and global contracts with our suppliers.”

Since the first conference in 2012, BMW and its suppliers have nearly quadrupled spending with women-, minority- and veteran-owned companies. Last year’s event drew more than 2,200 participants and 240 Tier 1 suppliers.