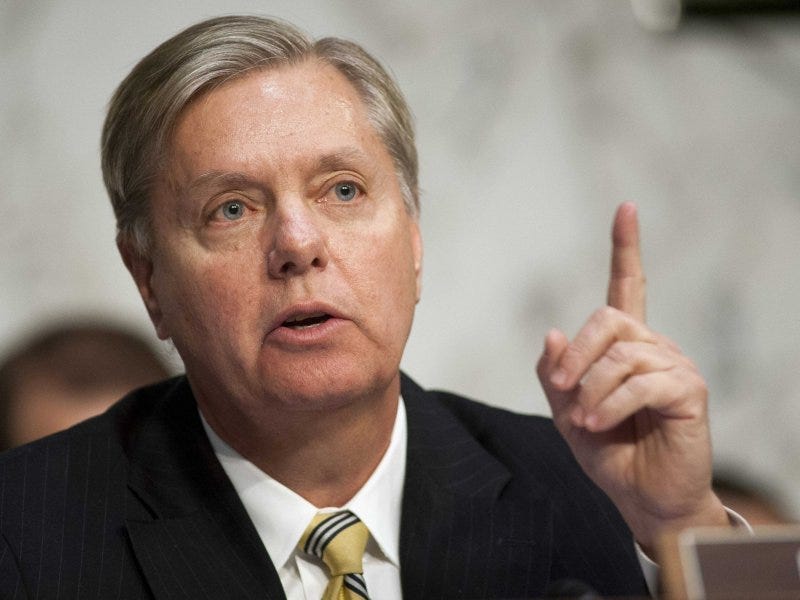 Trump has now come out to say he is prepared to take military action to stop Tehran from having a nuclear bomb.

But, notably, he left it open ended as to whether he would propose the use of force to protect Gulf oil supplies.

All this comes after Washington blamed Iran for last Thursday’s attacks on two oil tanker near a strategic shipping lane.

As for why Iran is lashing out, South Carolina Senator Lindsey Graham offered his own explanation.

“Let me tell you, here’s what’s going on,” Graham said. “They’re feeling the pressure and they’re pushing back. We’ve got them in a corner. They’re a wounded, caged animal.”

“The Ayatollah is a religious Nazi,” Graham added. “If he had a bomb, he would use it against Israel. He would destroy us if he could. He’s trying to reshape Islam in his own radical image. The Iranian people are not our enemy, but this religious theocracy is.”

Iran has denied responsibility for the incidents.

But it should be noted, even prominent Trump critic Democratic Representative Adam Schiff of California has come out with a rare statement of agreement with Trump, saying “There is no question that Iran is behind the attacks.”