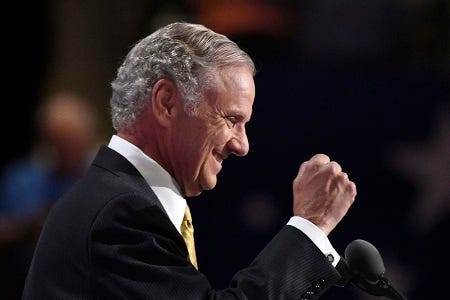 Columbia, S.C. (March 11, 2019) – South Carolina First Steps to School Readiness, the state’s only dedicated early childhood education agency and a statewide nonprofit, today announced that Chip Stanley, senior vice president for investments with Janney Montgomery Scott, a financial services firm, has been designated by Governor Henry McMaster to serve as the new Chair of its Board of Trustees. Mr. Stanley will also serve as Chair of the Early Childhood Advisory Council, an interagency group lead by SC First Steps tasked with the coordination of health, well-being and educational services for children birth through five.

“I have known Chip for many years and his leadership and problem-solving abilities, along with his commitment to people and causes will be invaluable to the First Steps Board,” said Governor Henry McMaster. “Chip brings a dynamic perspective and a wealth of previous Board experience that I know will serve him well in this new role.”

Mr. Stanley’s prior Board and community involvement is wide-ranging and includes service on the Atrium Society of Palmetto Health and the Cancer Centers Board of Palmetto Health. He is the past Chairman of the South Carolina State Library Foundation and has also served on the Boards of the American Red Cross, the Center for Cancer Treatment and Research of the Palmetto Richland Hospital, the Columbia Ballet and the Richland County Library Board.

Chip has more than 30 years in the financial services industry. In his current position at Janney Montgomery Scott, he advises clients about portfolio management. He holds a bachelor’s degree in political science from Sewanee, the University of the South where he has also served as Vice Chairman of the university’s annual fund.

Additionally, he is joined by two new incoming Board members appointed by Speaker of the House Jay Lucas to serve four-year terms. Angel Johnson-Brebner is Executive Vice President of the Coastal Community Foundation and Shelley Canright, Ph.D., is a former leader with NASA’s Office of Education in Washington, D.C.  Ms. Johnson-Brebner fills the role of “parent of a young child” and Dr. Canright fills the role of “early childhood educator.” Richard “Rick” Toomey, D.H.A. also joins the Board “by virtue of his position”. Dr. Toomey is the new Director for the S.C. Department of Health and Environmental Control (DHEC). The Directors of seven agencies which serve children from birth through age five in some capacity currently serve on the Board “by virtue of their position”.

Moreover, Tim Holt, owner of T.S. Holt Company, and Alexia Newman, Director of Carolina Pregnancy Center, were both reappointed by Speaker Lucas to serve second terms.  “We are thrilled to have Chip as our new Board Chair and are pleased to welcome our additional new Board members,” said Georgia Mjartan, Executive Director for South Carolina First Steps. “I look forward to working closely together with them to continue the important work we are doing in South Carolina to increase access to early childhood education throughout the state.”

For more information about South Carolina First Steps to School Readiness and its Board of Trustees, visit www.scfirststeps.org.