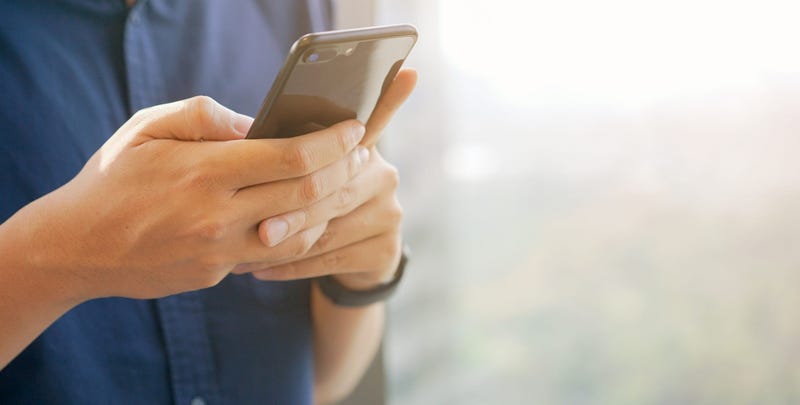 Deputies in Oconee County are "calling" on the public for help, identifying a person of interest who allegedly stole a cell phone from the 7-Eleven on Highway 123 Saturday, February 1st.

The victim of the theft says the cell phone was sitting on the counter, and later discovered it missing.

Video surveillance obtained by the Deputy shows an individual related to the case to be a white man with multiple tattoos on his arm.  He is also reported to have a full beard. 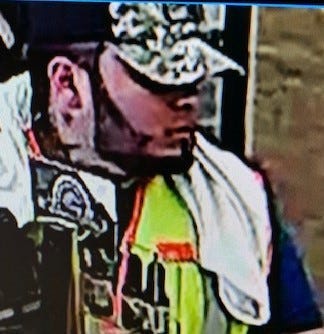 Anyone with information can leave a tip anonymously by calling CrimeStoppers at 888-CRIME-SC.

Tips leading to an arrest could be eligible for a cash reward.

(Seneca, SC)--- The Oconee County Sheriff’s Office is seeking the public’s help today in its investigation into a larceny of a phone from a Seneca area convenience store.
The Sheriff’s Office is also seeking to identify an individual in relation to the stolen phone.
A deputy from the Uniform Patrol Division responded to the 7-Eleven Convenience store on Highway 123 during the afternoon hours of February 1st in regards to a larceny of a cellular phone.
The victim told the deputy that the phone was left on the counter.  Later on, the victim noticed that the phone was missing.
Evidence obtained by deputies reveals that an individual left the store with the phone.
Based upon footage obtained by the deputy from the surveillance video, the individual deputies are attempting to identify in relation to this case is a white male with a full beard and multiple tattoos on his arms.
At the time of the incident, this person was wearing a camouflage and black baseball style hat, a blue tee-shirt, a yellow safety vest, jeans, a white towel around his neck and work boots.
If you have any information on the larceny of a cellular phone from the 7-Eleven Convenience store that occurred sometime in the early afternoon hours of February 1st or can identify the individual in relation to this case, please contact Crimestoppers, where you can remain anonymous, at 1-888-CRIME-SC or leave a tip via the Oconee County Crimestoppers website at www.oconeesccrimestoppers.com or via the free P3app available via Android or iOS.
You don’t have to give your name when you contact Crimestoppers and if your tip leads to an arrest, you could be eligible for a cash reward.