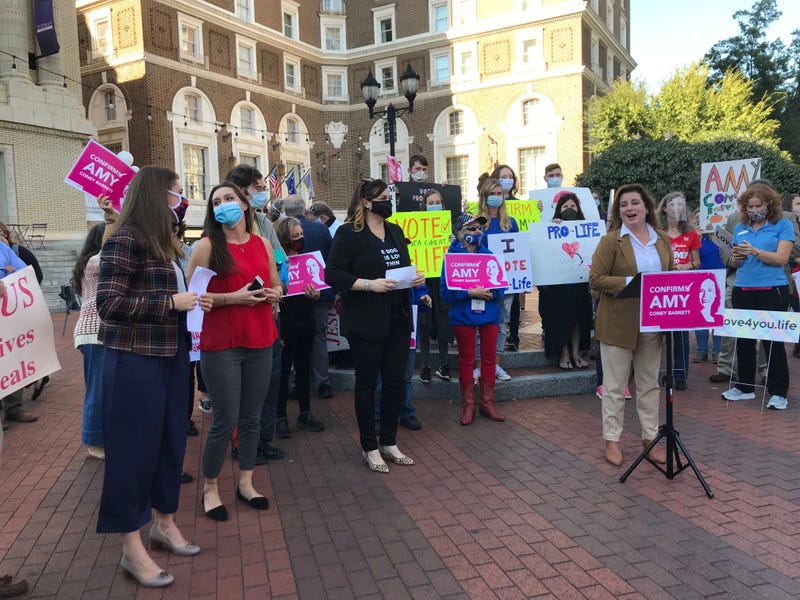 The press conference in downtown Greenville was a part of a tour across five states. 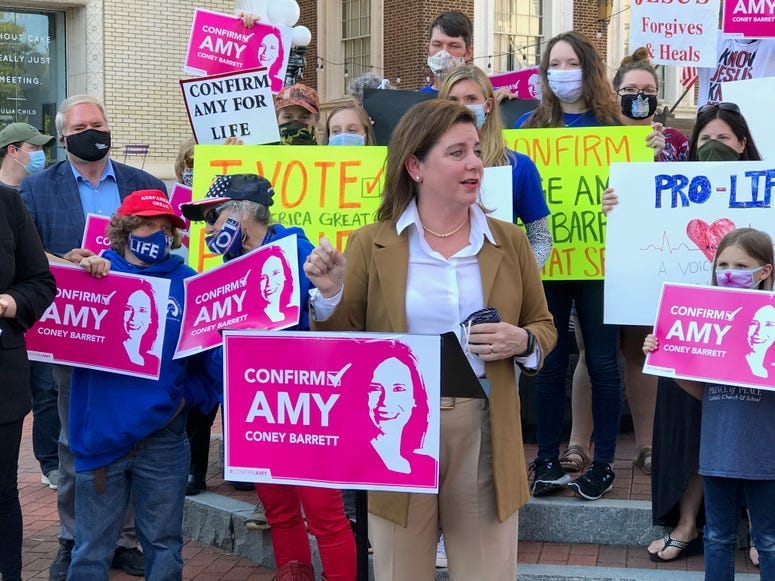 ​Marjorie Dannenfelser, President of SBA List, Abby Johnson, CEO of And Then There Were None and former Planned Parenthood director, and Rachel Hall, President and Founder of Clemson Students for Trump attended and spoke at the event. 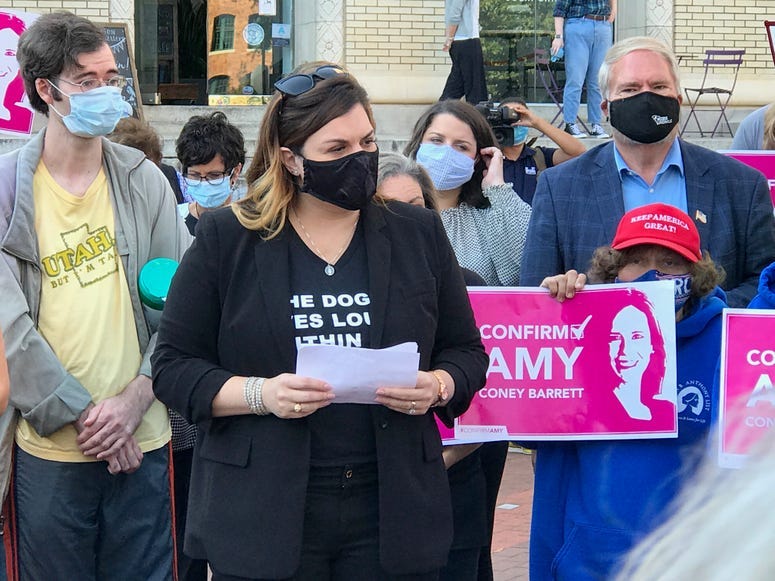 Johnson said they hope to encourage the public to make their voices heard.

Hall, a junior at Clemson University, founded her group Clemson Students for Trump this summer. 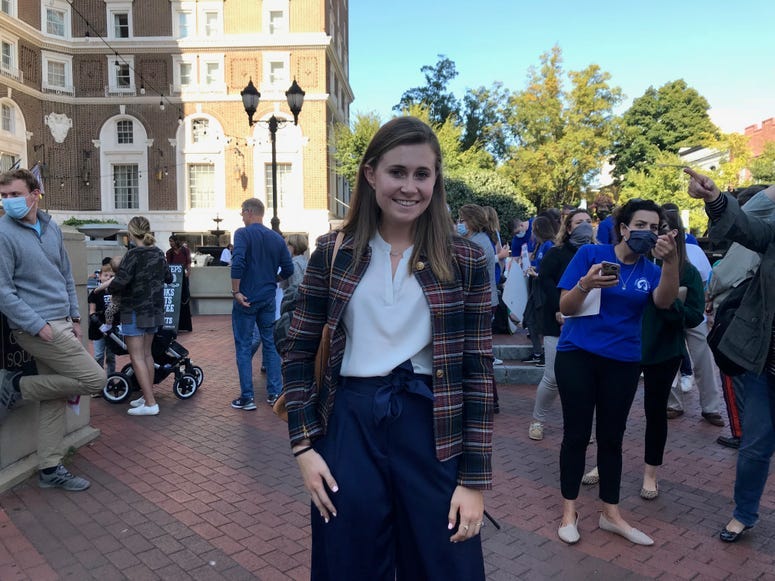 She said events such as this are an important part of their organization.

The press tour was organized Susan B. Anthony List, which according to a press release is the leader of the Pro-life Court Coalition and contains 75 national and state-based pro-life groups which previously worked to help confirm Justices Neil Gorsuch and Brett Kavanaugh.

The press release further stated SBA List and its partner, Women Speak Out PAC, hope to reach over 8 million voters before Election Day.