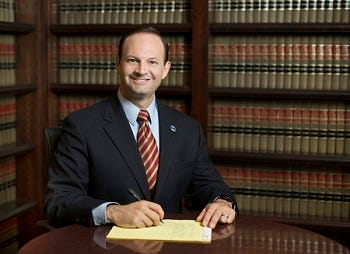 He began with a history lesson of how often past US Presidents have filled Supreme Court vacancies during their last year in office and around the elections.

As the constitution states in article two, the President nominates a candidate to fill a vacancy in the Supreme Court when one arises.

The Senate can then either consent or withhold consent to appoint the President’s nominee. When consent is given, the nominee is appointed as a Supreme Court Justice and fills the vacancy.

They continued their discussion into the topic of voter fraud and how judges in several states have ruled that ballots should be accepted up to certain points after November 3rd because of the coronavirus pandemic.

The importance of the US senate elections was also a topic of discussion AG Wilson brought up during the interview.