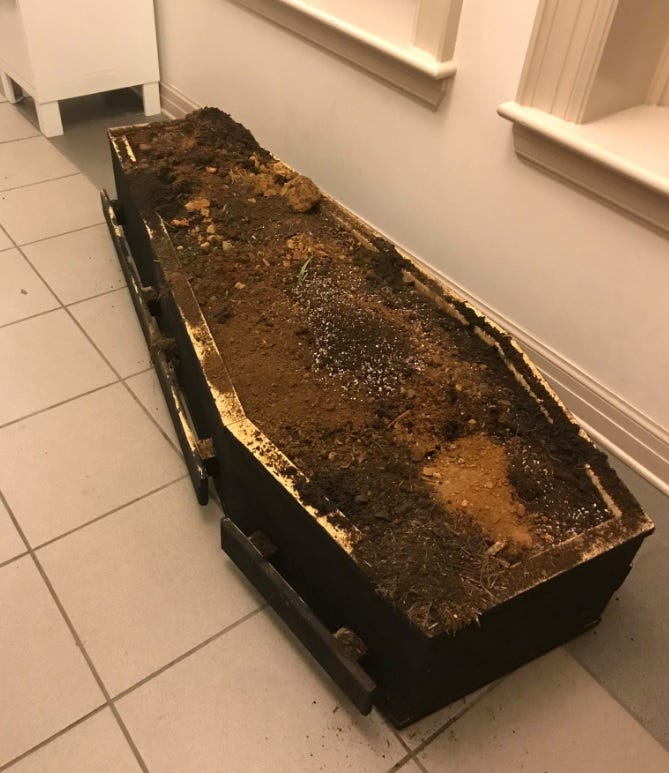 Protests in Asheville began around 8:20pm Wednesday night as around 150 people gathered in front of the municipal building in downtown Asheville.

The protest was sparked after the Kentucky grand jury made the decision to not charge 3 Louisville police officers with the shooting death of Breonna Taylor.

According to the Asheville Police Dept. Facebook Page,  around 8:30pm, "Protesters have left a casket full of dirt and what we believe to be cow manure at the front door of APD."

At one point during the night, protesters blocked the intersection of Patton and Biltmore Avenues in front of the Vance Monument.

APD gave multiple warnings to disperse.  Around 10:15 it was reported one person was assaulted and transported to Mission hospital with injuries. 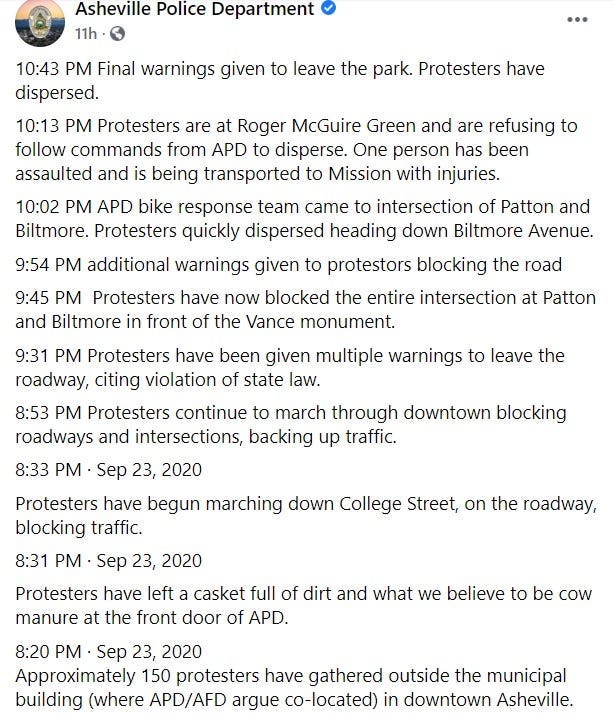 Protesters did disperse after a final warning around 10:45pm.

On Wednesday Former Police Detective Brett Hankinson, who was fired in June, was indicted on three felony counts of wanton endangerment after shooting into Taylors neighboring apartment.  The two other officers involved in the shooting were not charged.

A wanton endangerment charge carries a penalty of one to five years in prison.