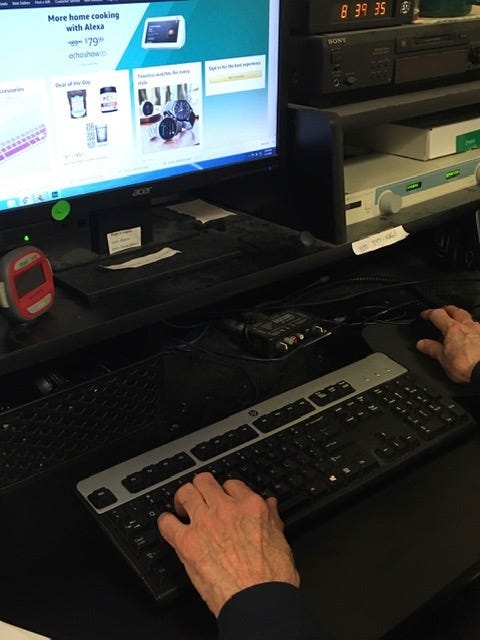 After many attempts to get in contact with a Union company, the Better Business Bureau of South Carolina is warning consumers in a press release they believe 193 Mac dot Store, is a scam.

The products the company offers are from well-known manufacturers, one consumer purchased a Dewalt combination set, and the website appears legitimate, but the BBB  has found the physical address listed is not registered nor was 193 Mac dot Store found in South Carolina records.

A support telephone number is out of service and  the company has failed to deliver purchased goods, yet charges the customer.

The Better Business Bureau says do not solicit this business while they investigate.  In the meantime, the hosting domain has suspended the website.

Official news release from the BBB below:

Greenville, SC - After two weeks of attempting to contact a business with a non-existent address, an out-of-service phone number, and no response from their support email, Better Business Bureau® of the Upstate South Carolina is warning consumers that 193mac.store is believed to be a scam.

The products are from well-known manufacturers, the site lists a physical address in Union, South Carolina, and there is a support telephone number and a branded support email.

However, the phone number is out of service and does not match the area code of the physical address listed.

The physical address listed by the website was not registered with any government office, and the business name was not found in South Carolina records.

BBB believes it is likely that the owner of 193mac.store is not a resident of this address and is simply using it to legitimize the site.

Complainants and representatives from the BBB have made multiple attempts to resolve disputes via the support email listed with zero cooperation from 193 Mac Store.

They have failed to deliver purchased goods for which a confirmation number was sent in an email and they have been charging consumer accounts.

The charges coming from Visa Direct were unable to be tracked by bank representatives in Missouri, where a consumer purchased a Dewalt combination set online.

The consumer was forced to open a new bank account to avoid the fraudulent charges and has not received the item they purchased a month later.

BBB recommends that consumers do not solicit this business and has contacted the hosting domain to notify them of abuse. The domain has suspended the site pending an investigation.

Know the advertiser. Some of the best deals are only available online, but be careful.

It’s easy for a fake site to mimic a famous retailer’s website, even going so far as to save images from their listings and upload them to represent a product that they do not possess, so make sure you are shopping with a legitimate site. Call the number listed on the site and see who answers.

You can also look up their address via Google Maps and use the satellite feature to see what’s at that address before buying.

Beware of too-good-to-be-true-deals. Offers on websites and in unsolicited emails may offer free or very low prices on hard-to-find items.

There may be hidden costs, or your purchase may sign you up for a monthly charge. Look for and read the fine print.

Shop with a credit card. In the case of a fraudulent transaction, a credit card provides additional protections; it’s easier to dispute charges that you didn’t approve.

Debit cards, prepaid cards or gift cards don’t have the same protections as a credit card.

Keep documentation of your order. Save a copy of the confirmation page or email confirmation until you receive the item and are satisfied.

Be sure to know and understand the return policy and keep this information with your purchase records.