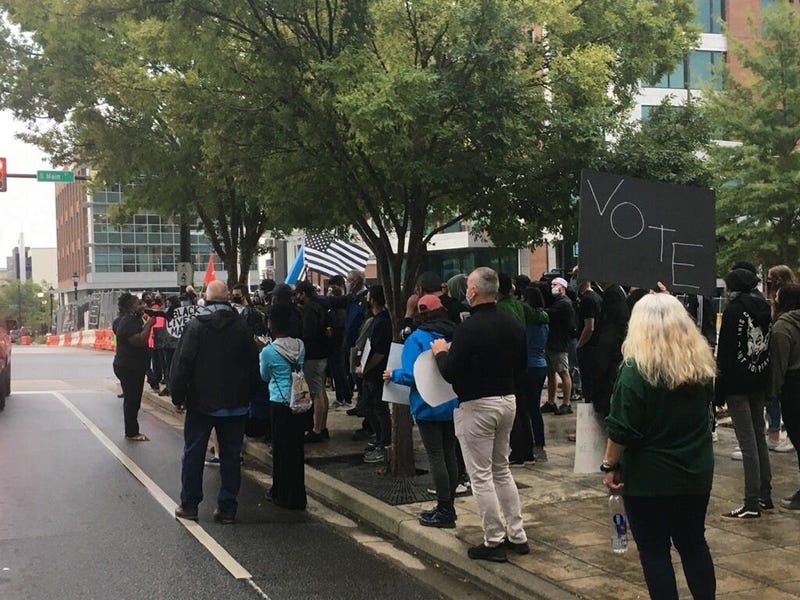 A Black Lives Matter protest was held in downtown Greenville Thursday night in reaction to the results of the Breonna Taylor case.

This protest is one of many throughout the nation in response to the decision of the Kentucky grand jury to not charge three Louisville police officers with the shooting death of Breonna Taylor.

On Wednesday, Former Police Detective Brett Hankinson, who was fired in June, was indicted on three felony counts of wanton endangerment after shooting into Taylors neighboring apartment.

A wanton endangerment charge carries a penalty of one to five years in prison.

The other two officers were not charged.

“We’re here to let them know that we still want to see justice done for Breonna Taylor’s mom and her family,” said community leader and activist Lavonne Bailey at the event. “Although we already know that the attorney General has come forth and basically put out there what the decision has been, we’re not satisfied with it, in conjunction with the other states that aren’t satisfied with it. We’re hoping today by being out here protesting to show them that we really want justice to be done.”

Several others also spoke during the protest, which can be viewed from the video above or on our Facebook page.