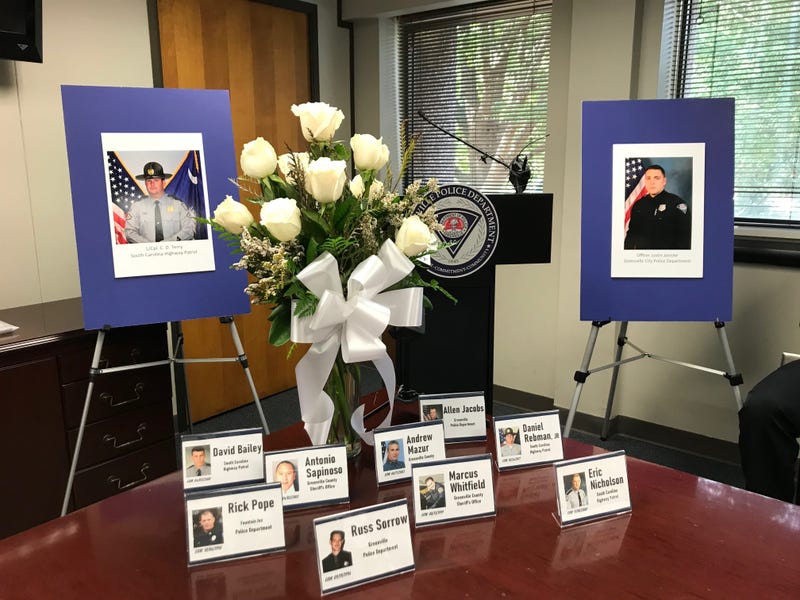 According to a release, the Russ Sorrow Award is given in the honor of Greenville Police Department Officer Russ Sorrow and other Greenville County Officers who have given their lives while serving our community.

Chief Howie Thompson with Greenville City Police provided a bit of background on the award and CrimeStoppers.

The SHIELD Award is given to an officer with a sustained body of work in the field which reflects positively on the profession and long-term service to the community with involvement beyond the role of a law enforcement officer.

"All sworn Law Enforcement officers including City, County, State and Federal levels are eligible for the award when they are submitted by their department head.  The recipients of last years’ awards were Greenville County Sheriff’s Officer, Investigator Jonathan Bastoni.  The SHIELD Award was presented to Greenville City Police Department, Detective Brad Lusk," the release said.

Officer Justin Janicke was the recipient of this years’ Russ Sorrow Memorial Award. 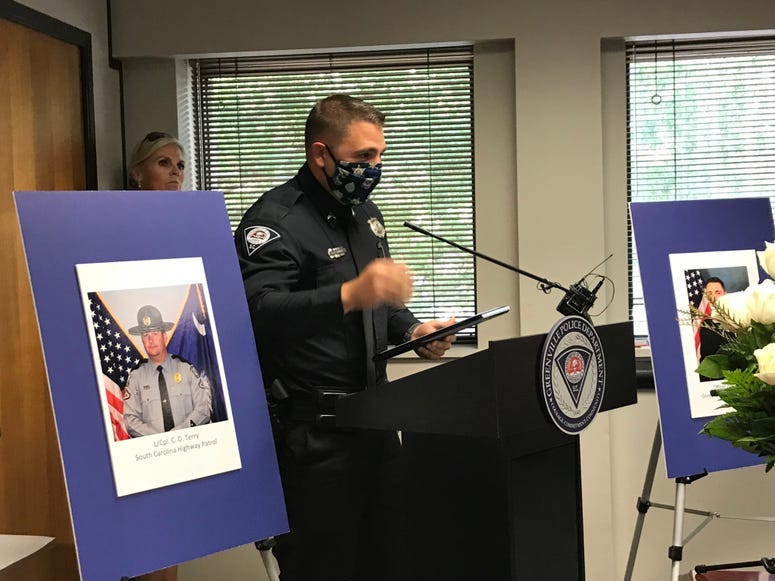 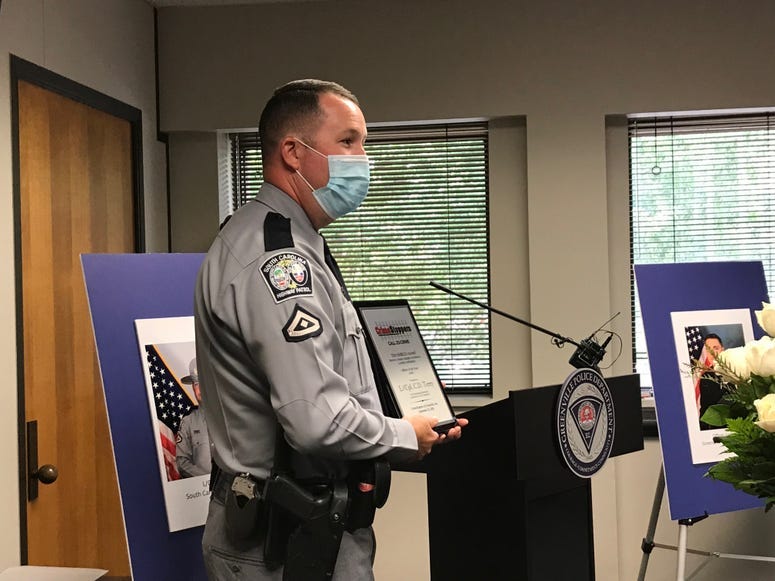 Lieutenant Corporal C.D. Terry was the recipient of this year's SHIELD Award.