UPDATE:  Robert Stevens has been found. 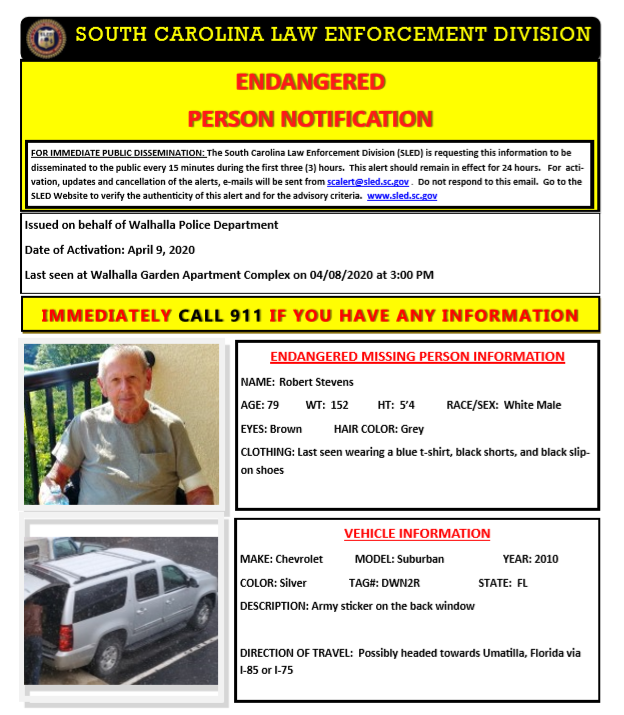 He could be traveling to Florida via Interstate 85 or 75 driving a 2010 silver Chevy suburban, Florida license plate number D-W-N-2-R.

There is an Army sticker on the back window.

If you have any information about Stevens whereabouts, contact the Walhalla Police Department or if seen call 911 immediately.