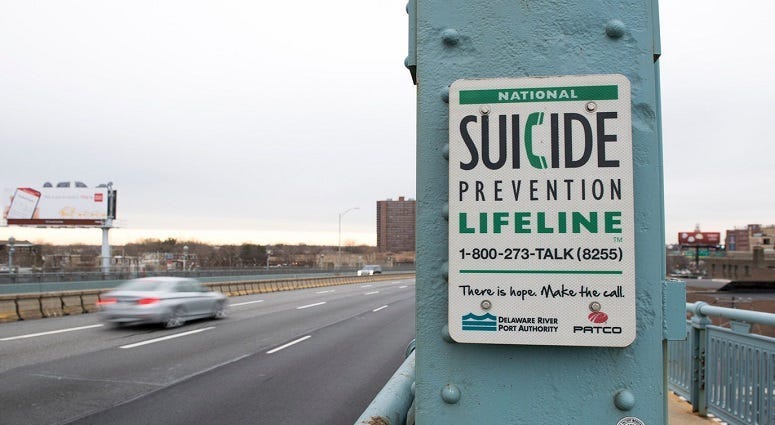 The FCC is looking to establish 988 as a three digit national suicide hotline, similar to 911 for contacting police.

FCC Chairman Ajit Pai met with the National Council for Behavioral Health in Washington Tuesday to discuss the topic of suicide prevention and mental health.

This was the latest step taken in working to establish a national suicide prevention and mental health crisis hotline.

A major target for the hotline is veterans.

"This crisis is disproportionately affecting at-risk populations,” Pai said at a press conference Tuesday. “Twenty veterans die by suicide every day. Between 2008 and 2016, there were more than 6,000 veteran suicides each year.”

The hotline would also provide additional specialized help to veterans with help from the Department of Veterans Affairs.

This new hotline will carry over a veteran-centric feature from the current hotline. Veterans will be able to press 1 after dialing the number for specialized support and counseling.

The current hotline receives between 1,800 and 1,900 calls on average every day.

Pai said the goal of the hotline is to be easier to access for those who need it.

"Establishing 988 as a hotline for suicide prevention and mental health services would help so many people," Pai said. "When we make it easier for people in need to seek help, many will do so.”

The three digit hotline is planned to be voted on in December.

For more information on potential warning signs of suicide, click here.
RADIO.COM’s I’m Listening initiative aims to encourage those who are dealing with mental health issues to understand they are not alone. If you or anyone you know is struggling with depression or anxiety, know that someone is always there. Additionally, the National Suicide Prevention Lifeline is available 24 hours a day, 7 days a week at 1-800-273-8255.
Veterans, service members or their families also can text 838255 or go to veteranscrisisline.net.