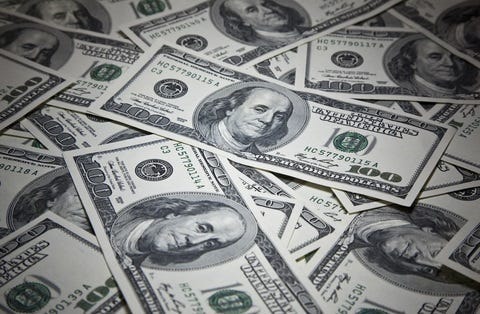 If convicted, Jridi faces a maximum sentence of five years in prison and/or a fine of $10,000 per count, plus the cost of prosecution. He is being held in the Greenville County Detention Center pending a bond hearing.

The SCDOR is committed to the fair administration of tax laws. By taking enforcement action against noncompliant taxpayers, the Department seeks to prevent unfairly increasing the tax burden on those who do comply.

If you suspect or know of anyone or a business that has committed a state tax crime, such as tax evasion or tax fraud, contact SCDOR Criminal Investigation and submit a Tax Violation Complaint Form (CID-27) to criminalinvestigation@dor.sc.gov or mail it to SCDOR, CID, PO Box 125, Columbia, SC 29214-0930.

music
Jennifer Aniston flaunts blonder look on set of ‘The Morning Show’
news
Pizza Hut unveils Detroit-style pizza – one with 80 pieces of pepperoni
music
The Reel Buzz: Kevin Hart to star in film adaptation of ‘Borderlands’ video game
news
‘Paramedic of the Year’ arrested for allegedly helping steal COVID vaccines
news
TSA doubles rate of guns caught at airports in 2020 and a staggering amount were loaded
news
How quickly can US ramp up vaccinations?