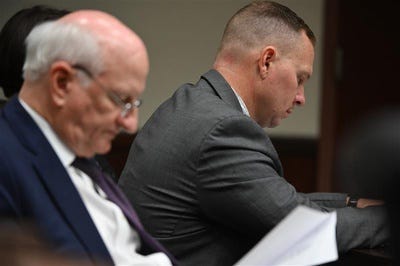 Lawyers are asking people how much they know and what they think about suspended Greenville County Sheriff Will Lewis during jury selection, which began Monday.

Our own Emily Gill was in the courtroom, where she spoke with Lewis’ attorney Rauch Wise.

In a surprising twist to most in attendance, only a small percentage of the juror pool had any knowledge of the Will Lewis case.

“The jurors were asked a lot of questions about pre-trial publicity,” Wise said. “And frankly, it was shocking to me and hopefully shocking to y’all how few had really seen a lot of publicity on it. That was a total surprise to us, I think on both sides.”

Wise said that it had initially been a concern pulling jurors from Greenville County, given the presumed ubiquity of the coverage.

But those concerns proved unnecessary.

“I think two people were excluded because of the publicity and what they’d heard about the case,” he explained, noting the total juror pool consisted of about 80 individuals.

Wise did admit that about a full dozen of the jurors had heard of the case somewhat, but their knowledge was limited and they had not formed an opinion one way or another regarding their stance on Lewis.

Still, with only about 15 percent of the juror pool being even remotely aware of the case, it set to rest any notion of moving the trial to a place outside of Greenville.