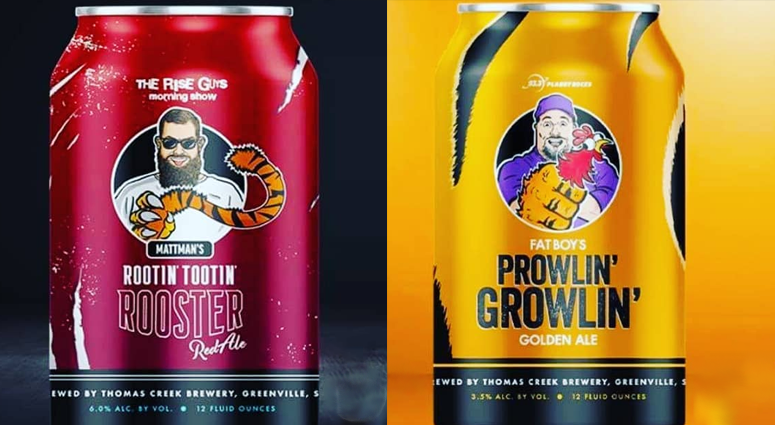 The Rise Guys on WORD’s sister station, 93.3 The Planet, have a couple new seasonal beers representing two of the morning show hosts, Mattman and Fat Boy.

The seasonal beers come from a partnership between Entercom and Greenville’s Thomas Creek Brewery and are part of a new collection of Rise Guys beverages that began with the 2018 release of the Rise Guys P1 Pilsner.

“It really started with, you know, P1 Pilsner was something we talked about two years ago at a meeting [with the Rise Guys and Entercom executives],” said Thomas Creek Brewery Sales Director Will Lawrence. “So these were kind of looked at as seasonals, and most seasonals will go on a quarterly basis, every three months you make a new one. So that kind of made sense to me since there were four people on the show, maybe everyone could get their own beer, and that would rotate around the P1 Pilsner.”

Additionally, the sales numbers of each beer is going to be tracked throughout the rest of the year to see who wins out at the end of December.

Lawrence also said he expects the other two hosts to also get seasonal beers next year and have them all cycle between production throughout the year.