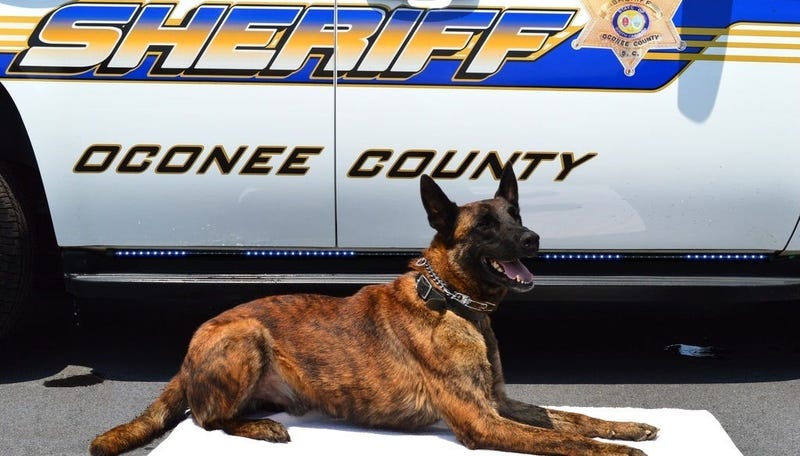 The Oconee County Sheriff’s Office is announcing today the passing of K-9 officer Ayder, who served the citizens of Oconee County for over 10 years before his retirement. 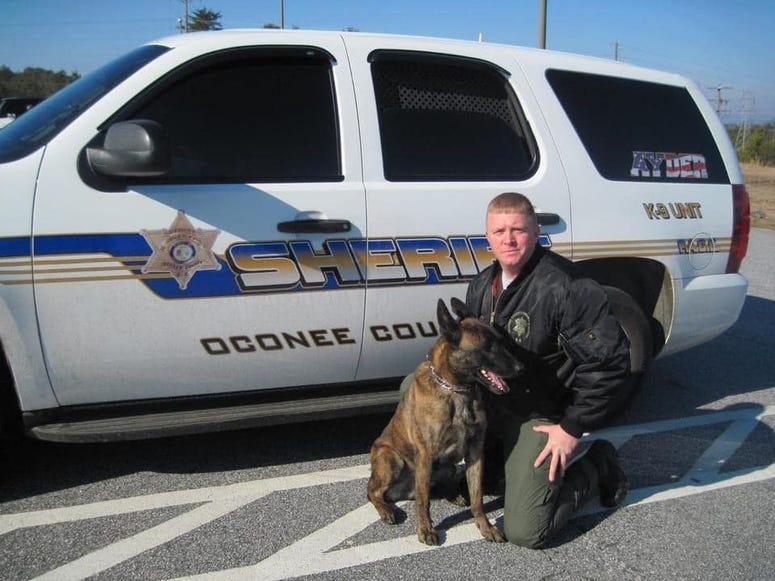 “We acknowledged the passing of K-9 officer Ayder on our social media accounts this week but we also wanted to issue a release to announce his passing to those in Oconee County who may not have been aware and to honor his service,” says Oconee County Sheriff Mike Crenshaw.  “Ayder served our citizens from April of 2010 until he retired in July of this year with distinction.  The Sheriff’s Office is grateful for his service, and that of his handler, Lt. Tommy Crompton.  Together, they helped to make life better for our citizens in Oconee County.”

“Further, I ask for our citizens to remember Lt. Crompton and his family in your prayers,” says Sheriff Crenshaw.  “Handlers and K-9’s build a special bond together as they serve and train.  K-9’s live with their handlers and families and become part of that family unit.  When we lose one of these officers, it has an impact for all of law enforcement, but especially for the handlers and their families, who especially grieve the loss.”

Ayder was a full patrol dog, according to Lt. Crompton, in narcotics, apprehension, article searches, handler protection and tracking.

Ayder was a Dutch Shepherd and was federally certified yearly by the APCA (American Police Canine Association).