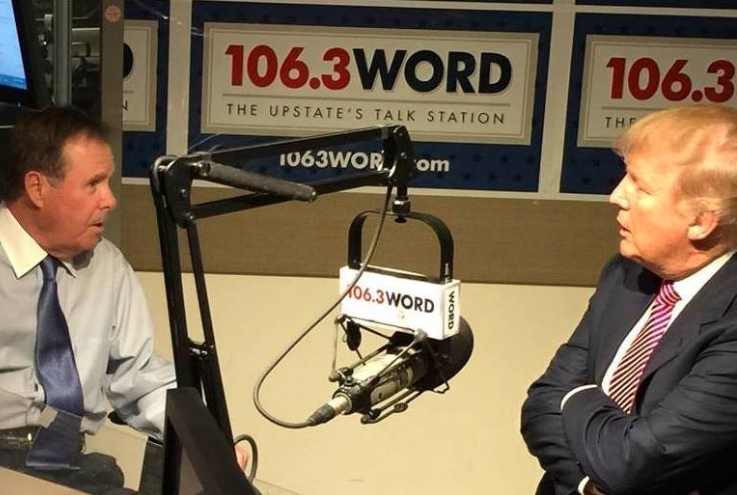 Friday, 2/21/20 -   President Trump will hold a rally in North Charleston ahead of the South Carolina Democratic Primary.

Register for the Rally... at DonaldJTrump.  Two tickets per mobile number per event and all tickets are subject to first come first serve basis.

Wednesday, 2/19/20 - A potential presidential visit to the Palmetto State just ahead of a Democrat presidential primary.

Donald Trump isn't competing in a primary in South Carolina, but he's planning to make an appearance in the state just before Democrats hold their primary election.

Trump told reporters on Tuesday on the tarmac at Joint Base Andrews that he would hold an event in the state next week and that details were still being worked out.

South Carolina's Democratic primary is scheduled for Feb. 29. Trump has held events in early voting states across the country this year, including Iowa and New Hampshire.

He will be in Nevada on Friday, a day before that state's caucuses.

sports
Kyle Korver on Bucks’ playoff boycott: ‘We stood around the phone and cried’
sports
Legendary story about Akiem Hicks drinking 40 beers resurfaces on 'Monday Night Football'
music
Lady Gaga rolls up in a Tesla to drop off her absentee ballot in style
music
This Whitney Houston classic is the latest to hit 1 billion views on YouTube
music
Ally Brooke on her new book and the parts of Fifth Harmony that made her 'uncomfortable'
music
RADIO.COM's Friday Night Takeover with Jon Pardi