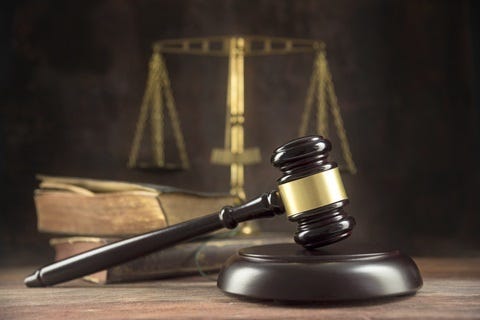 These indictments charge not only public corruption but also narcotics offenses.

Stuart, 47, has served as the elected Chester County Supervisor since March of 2015. He was re-elected to another four year term in November of 2018.

In the second indictment, venued in York County, Stuart was charged with Trafficking Methamphetamine 10 grams or more. The penalty for this crime is 3-10 years in prison and a $25,000 fine. The crime is a felony.

Stuart was also charged with an arrest warrant issued today for Trafficking Methamphetamine 400 grams or more. This crime is punishable by 25-30 years in prison and a $200,000 fine. It is a felony. Also charged in this investigation with arrest warrants for Trafficking Methamphetamine 400 grams or more were Ace Donovon Hembree, 32, and Brittany Jane Oneppo, 40.

Attorney General Wilson stressed that all defendants are presumed innocent unless and until they are proven guilty in a court of law.

Stuart will have a bond hearing Friday at 10 a.m. before Judge DeAndrea Benjamin in Richland County. Media wishing to cover that should contact her office.

You can read the indictments here: http://www.scag.gov/wp-content/uploads/2020/09/Kenneth-Stuart-Indictment...