Investigators arrest female in possession of 40 ounces of methamphetamine. 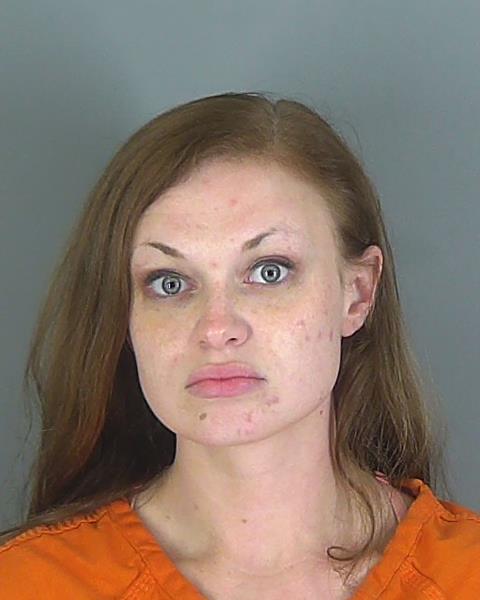 Surveillance on a residence in Boiling Springs paid off after investigators received what they say as "reliable information" that a large quantity of narcotics would be delivered to that address.

The Spartanburg County Sheriff's Office reported investigators detained three females after the suspect vehicle arrived Thursday morning... finding a street value of $40,000 worth of methamphetamine in a grocery sack on the front passenger floorboard.

One of the females, Amber Katlin Boylston of Seneca, (pictured above) claimed the meth informing investigators the other 2 females had no knowledge.

25 year old Boylston was charged with Trafficking Meth over 400 grams.

Press Release from the SCSO below:

Early yesterday morning, our narcotics investigators were conducting surveillance at a residence in Boiling Springs, since they had received reliable information that a large quantity of methamphetamine was being delivered to that address.

Upon arrival of the suspect vehicle, investigators approached it and detained the 3 females, and in the front passenger floorboard, 40 ounces of methamphetamine with a street value of $40,000 was located in a grocery sack.

The female that was sitting in that location claimed the narcotics and informed the other 2 females didn’t have any knowledge of them.

That suspect is Amber Katlin Boylston of Seneca, and she was charged with Trafficking Methamphetamine over 400 grams.

She appeared before a magistrate later yesterday for bond arraignment, who deferred the setting of her bond to a circuit court judge.