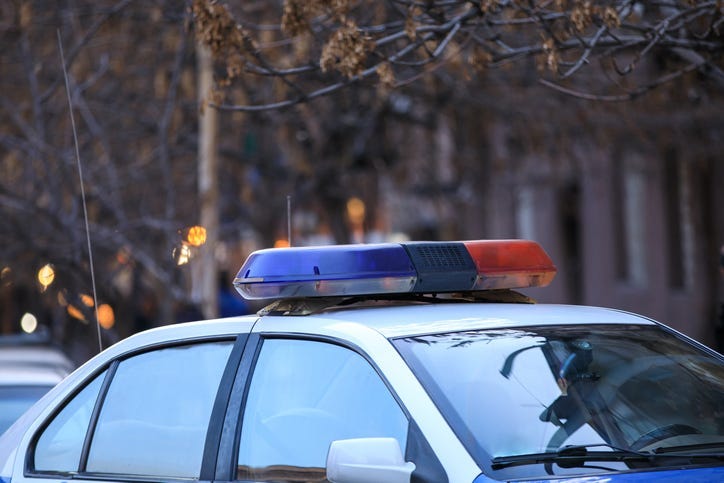 SLED has released a flyer concerning an endangered person.

Grady Ritchie, 76, was last seen on E Georgia Rd in Simpsonville on September 20th around 12:30 PM. 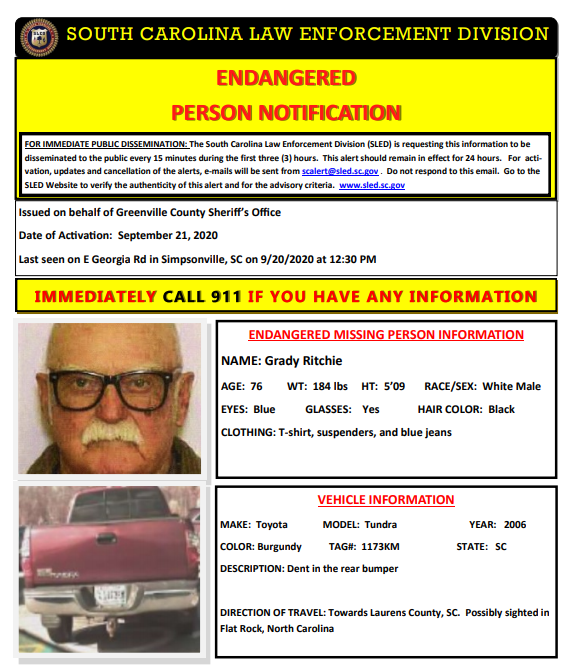 Ritchie is described as a white man, 5'9" tall with blue eyes.

He was last seen wearing a T-shirt, suspenders, and blue jeans.

He was driving a burgundy 2006 Toyota Tundra.

Anyone with information is asked to call 911 immediately.