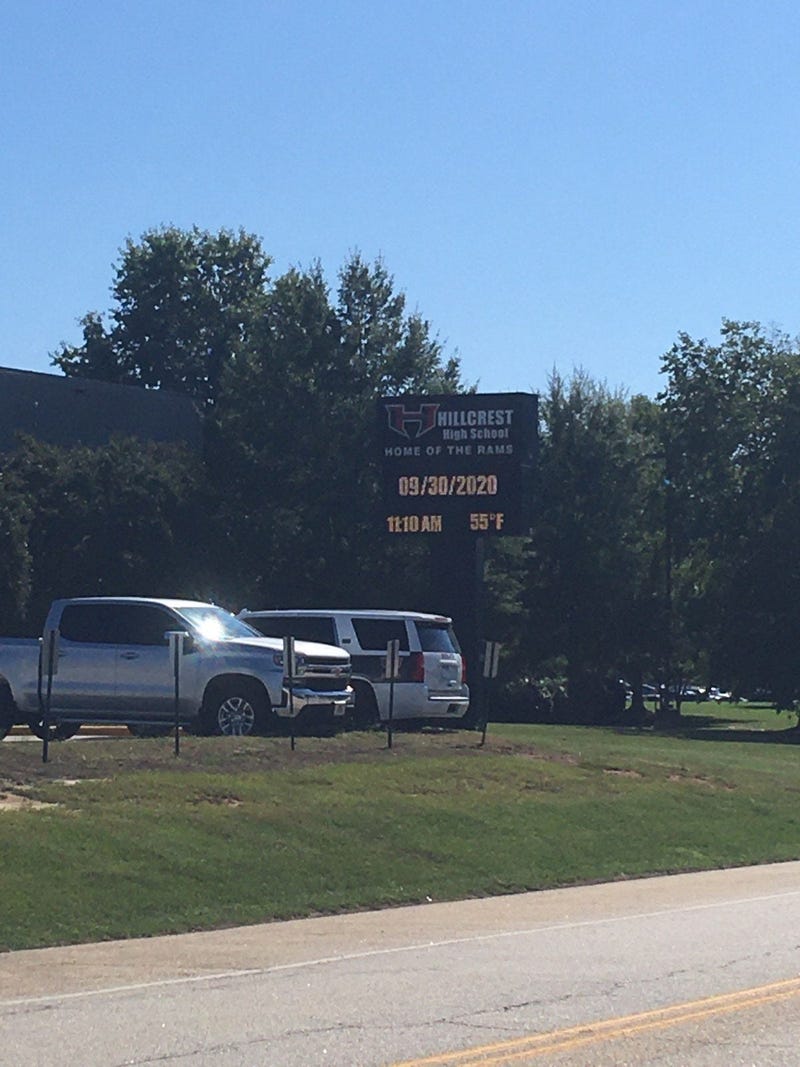 Tim Waller with Greenville County Schools has confirmed a Hillcrest High student was brought into the school office for questioning this morning.

According to the release, a SRO and administrator took possession of the student’s backpack.

The student then fled the school campus.

The release further said a search of the backpack revealed a loaded handgun.

Hillcrest remains on lockout at this time.

We will update this story as details come in.

UPDATE from the City of Simpsonville

Simpsonville, S.C. — School resource officers at Hillcrest High School were notified today at about 9:15 a.m. that a student on campus was in possession of alcohol. After the student, a juvenile, was confronted about the alcohol found on his person, the student left his bookbag behind and took off running, upon which more officers were requested to respond at about 9:25 a.m.

A search of the bookbag was completed, and a loaded handgun was found.

There were no injuries or active threats by the student reported in this incident. The investigation is active and ongoing.