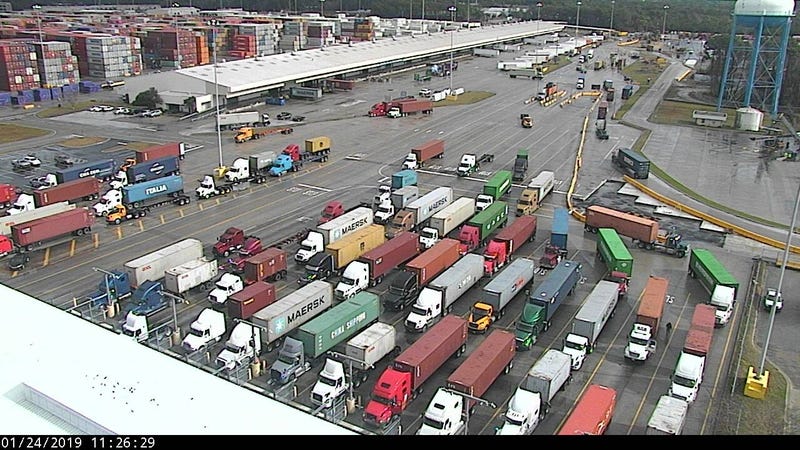 “We can certainly have less emissions putting 200 ‘boxes’ on a barge versus 200 trucks,” she told South Carolina Radio Network. “And, just from a quality of life perspective, trying to relieve some of the congestion that exists today.”

The Ports Authority is seeking a US Army Corps of Engineers permit to extend its current wharf to 700 feet to handle the new barges. Melvin said the barges would not begin operating until the authority finishes work on the new Leatherman Terminal and a rail yard in North Charleston. That means at least 2022, she said.

Melvin said the Ports Authority is trying to improve the efficiency of its cargo unloaded from the Welch Terminal that is eventually destined for trains headed inland (and vice versa). Currently container trucks haul the cargo on highways around Charleston harbor to railyards further inland. Instead, the agency hopes to eventually transport much of the cargo up the Cooper River.

The trips would take longer than the usual truck route, so Melvin said it would only be used for cargo not considered time-sensitive. She added the water route could help ease the wear and tear from hundreds of trucks taking the same route each day. At least three barges would be in use at any given time, running between Wando Welch and Leatherman.

The Corps of Engineers and state Department of Health and Environmental Control will need to approve permits for the new wharf extension.