The moon may have a long-lost twin.

Researchers believe an asteroid that is following Mars’ orbit may be closely related to the Earth’s moon, reported CNET.

Astronomers at the Armagh Observatory and Planetarium in Northern Ireland say the asteroid (101429) 1998 VF31 could be a “relic fragment of the moon’s original solid crust,” according to the study published in Science Direct.

Using a spectrograph, the scientists were able to observe how sunlight reflects off of the asteroid’s surface and how it compared to other celestial bodies, including the moon.

“The spectrum of this particular asteroid seems to be almost a dead-ringer for parts of the moon where there is exposed bedrock such as crater interiors and mountains,” said researcher Galin Borisov. 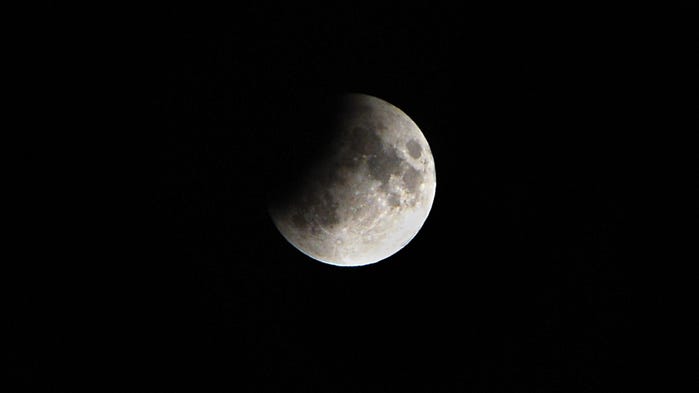 A mini-moon is set to enter Earth's orbit, but NASA believes it may just be space junk

Based on this, the researchers surmised various theories of the asteroid’s origin.

One theory is that the asteroid and the moon may have once been combined but later broke apart when the solar system was evolving.

“The space between the newly formed planets was full of debris and collisions were commonplace,” said astronomer Apostolos Christou.

“Large asteroids [planetesimals] were constantly hitting the moon and the other planets. A shard from such a collision could have reached the orbit of Mars when the planet was still forming and was trapped in its Trojan clouds.”

Another idea is that the asteroid was knocked out of Mars’ orbit by another high-impact situation.

More research is needed before a definitive answer can be certified.

For now, it looks like the moon will have to be ok with having a doppelganger floating around.