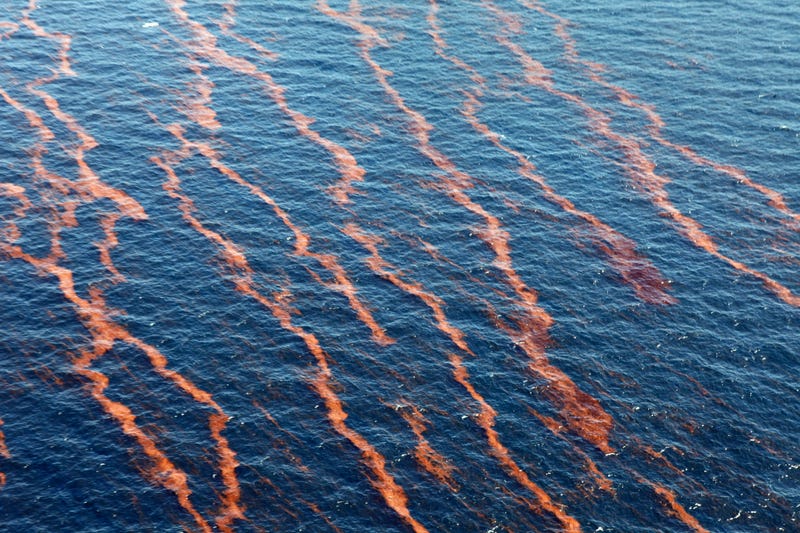 NEW ORLEANS (AP) — Environmental groups asked a federal court Wednesday to throw out the Trump administration's assessment of oil and gas activity’s likely effects on endangered species in the Gulf of Mexico, saying it dismisses the chance of another disastrous blowout like the BP spill of 2010.

The National Marine Fisheries Service's 700-page analysis greatly underestimates both the likely number and size of oil spills, according to the suit filed by Earthjustice for the Sierra Club, the Center for Biological Diversity,Friends of the Earth, and Turtle Island Restoration Network.

Even though the study was prompted by the 2010 spill, it “essentially pretends the Deepwater Horizon spill never happened — that there was nothing to learn from that disaster,” Earthjustice attorney Chris Eaton said in an interview Tuesday.

The federal agency said it left the possibility of an extremely large spill like BP's out of its calculations of likely effects because a Bureau of Offshore Energy Management analysis found little chance of another during the next 50 years.

The previous analysis, in 2007, also estimated that “such a large spill was extremely unlikely,” the lawsuit noted. That analysis had estimated that “the largest spill possible would be at most 15,000 barrels," or 630,000 gallons (2.4 million liters).

The chance of such a spill is even higher now, the lawsuit said, because "Gulf drilling is moving into deeper waters, which increases the possibility of a catastrophic well blowout and extremely large oil spill."

The study also failed to consider the increased frequency, due to climate change, of hurricanes that can severely damage oil and gas facilities, nor did it take into account recent research about the danger of underwater landslides that can cause extremely large oil spills, the lawsuit said.

In addition, it said, the analysis left out the BP spill's effects on the corals and other animals and their habitats, using population estimates and other information from before the spill.

The groups asked a federal court in Maryland to make the National Oceanic and Atmospheric Administration's fisheries service write a new report, called a biological opinion.

The fisheries service does not comment on pending litigation, spokeswoman Allison Garrett said.

The federal agencies that regulate offshore oil operations are required by the Endangered Species Act to insure that their actions aren’t likely to jeopardize endangered or threatened species or damage their critical habitat. Offshore oil regulators asked the National Marine Fisheries Service for a new analysis on June 30, 2010, while BP’s well was still gushing.

Ten years later, the result is “just another hand out to Big Oil,” Marcie Keever, legal director at Friends of the Earth, said in a news release.

Larry McKinney, chair for Gulf strategies at Texas A&M Corpus Christi’s Harte Research Institute for Gulf of Mexico Studies, called the NOAA Fisheries analysis one of the most detailed he’s ever seen.

“Overall, I think they did as good a job as you can do with something like that," McKinney said.

He predicted the litigation will be lengthy because both the report and suit cover a huge area and many species.

It will be largely a battle of experts, he said, but allegations about ignoring large spills are a strength of the suit. “That’s a straightforward question: Did you do that or not? Then you can have debate about whether it’s important,” he said.

NOAA Fisheries estimated that oil and gas activities would affect many endangered and threatened animals over 50 years, including more than a million sea turtles hit by vessels. Its recommendations include measures to protect turtles from seismic surveys and to reduce the chance of vessels hitting endangered Bryde’s whales.

The report estimated the largest spills would average about one-third the size of BP's because regulators indicated that equipment required since then can cap wells at any depth within 30 days.

The suit said NOAA underestimated the largest spill likely. It said the agency's analysis arbitrarily started with 1996, omitting Mexico’s Ixtoc I spill of more than 126 million gallons (477 million liters) in 1979. The suit also contended argued that the analysis ignored the slow spill that has continued since a hurricane in September 2004 caused an undersea mudslide at at a group of wells owned by Taylor Energy off Louisiana.

Lois Epstein, a civil engineer at the Wilderness Society who served on a government advisory committee after the BP spill, wouldn't comment on the lawsuit but faulted the federal study for not considering the likelihood of spills like Taylor's.

However, Epstein said the government's 30-day capping estimate seemed reasonable: “There are capping devices that we didn't have" in 2010.

Eaton of Earthjustice said in a news release Wednesday, "This administration is convinced that if they ignore something, it will go away. It’s not working for the climate crisis and it’s not going to work for oil spills.”