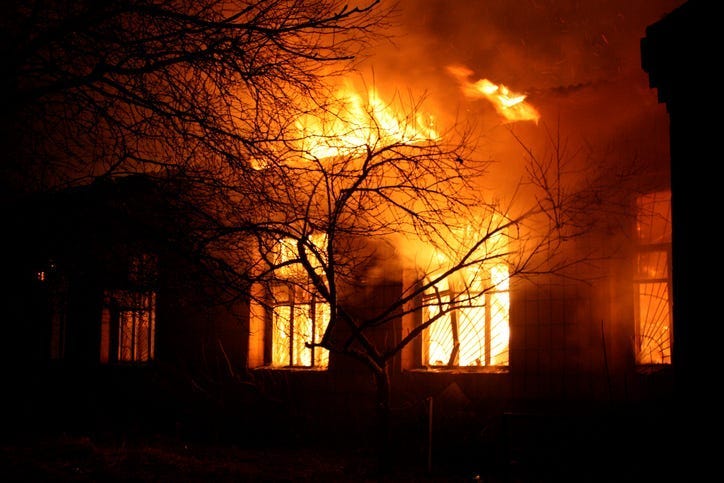 The blaze burned through the attic and spread to all 25 units in the complex, killing a dog.

Cops have arrested 25-year-old Jazlynn Major after she fled to Texas.

The Amies Paradise apartments at Washington Avenue and Carondelet Street went up in flames Monday night.

Investigators report two witnesses seeing Major leave as what appeared to be flames were glowing in her apartment.

Major now faces up to 20 years in prison if found guilty of arson, and she could face additional charges.

NOFD said, "Firefighters were able to prevent the fire from spreading to any other exposed properties with only one home behind the complex sustaining minor heat damage. No residents were injured, but one residents’ dog perished in the fire. The American Red Cross was on the scene to assist the 26 displaced residents with housing vouchers, food, clothing, and information for longer term assistance needs."