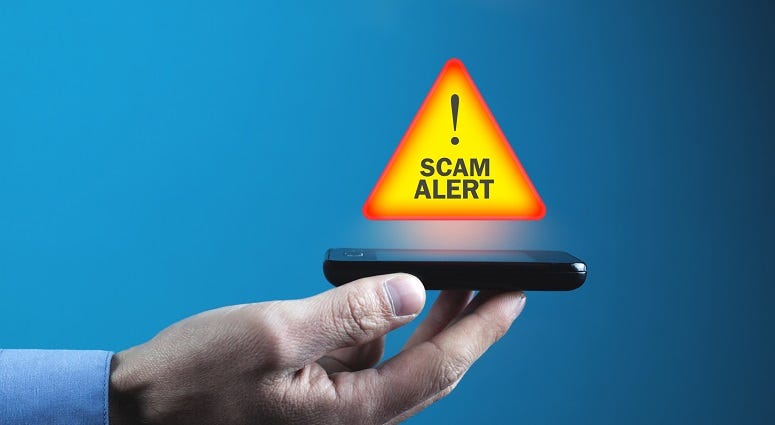 (Walhalla, SC) --- In our continuing efforts to educate and inform our citizens and to prevent them from becoming victims of scams, the Oconee County Sheriff’s Office is releasing today our October 2020 Scams Update.

A citizen informed one of our deputies regarding receiving a post card in the mail that contained a postmark from San Francisco, CA.  The post card stated that she was not registered to vote.  The person who sent the card instructed her to visit a website listed on the post card to check her registration status or that she should contact the Oconee Board of Elections.  The card had the correct number for the Oconee County Voter Registration and Elections Office.

The citizen visited the Voter Registration Office and she was told that she had been registered to vote since the 1970’s.

“While this may or may not be regarded as a “scam,” it is a reminder that if you receive anything in the mail in which there is a question concerning your voting registration status, we would recommend doing what this citizen did and contact the Oconee County Voter Registration and Elections Office should you have any questions,” says Master Deputy Jimmy Watt, Public Information Officer.  “The Voter Registration and Elections Office is located at the Oconee County Governmental Offices on Pine Street or you can call 864-638-4196.  We encourage our citizens to exercise their right to vote in the November General Election.”

A deputy spoke with a citizen regarding a scam in which the citizen received a text message that supposedly came from her pastor.  The text message asked the citizen to do a favor for him.  The texter asked her to go to the store and purchase some gift cards.  The citizen ignored the text because they appeared to be suspicious.

The citizen did reach out to her pastor and was informed that he did not send her, or anyone else, any messages.

In a similar type scam, the Sheriff’s Office was notified of an e-mail sent to an individual requesting assistance in regards to purchasing some gift cards for a donation to Veterans at Hospice and Palliative care units in order to buy preventive items in regards to COVID-19.  The e-mailer said that they could not call by phone due to not having access to their mobile phone.

In another similar type scam, a citizen spoke with a deputy in reference to receiving an e-mail from whom she thought was her property manager.  The e-mail said that a family member was having a birthday and that they needed assistance getting a gift.

The e-mailer asked the citizen to go to a store and purchase three gift cards valued at $100 dollars each, whereupon the e-mailer asked for the access codes to the cards.  After sending the information, the victim can no longer access the e-mail.  The victim contacted the property manager, who informed her that she never sent such an e-mail.

“One of the things you notice in these three scams is that those affected were contacted either by a text message or an e-mail, and not directly by speaking to someone over the telephone,” according to Master Deputy Watt.  “Even though we communicate quite often via text and e-mail, if someone asks you to purchase gift cards via a text or e-mail, contact that individual directly by phone and speak with them before you make that purchase.  As we have stated previously, one of the signs of a possible scam is someone asking you to purchase a gift card or a prepaid card, especially in regards to making a payment.”

“As we have also stated previously, scammers play on your emotions.  And they sometimes will come in the form of someone you may know and trust, such as a pastor or a property manager, or by asking you to help a group or individuals that we respect and honor in order to keep them safe or to provide some assistance” says Master Deputy Watt.  “Always check out any charitable organization or individuals who are requesting donations to make sure they are legitimate before you contribute.  In the scam involving purchasing COVID-19 preventive items for Veterans, you notice that the e-mailer said that they could not call due to not having access to their mobile phones as well as creating a sense of urgency due to time frame issues.  Those two points there should raise a red flag for our citizens in regards to protecting themselves from being a victim of a scam.”