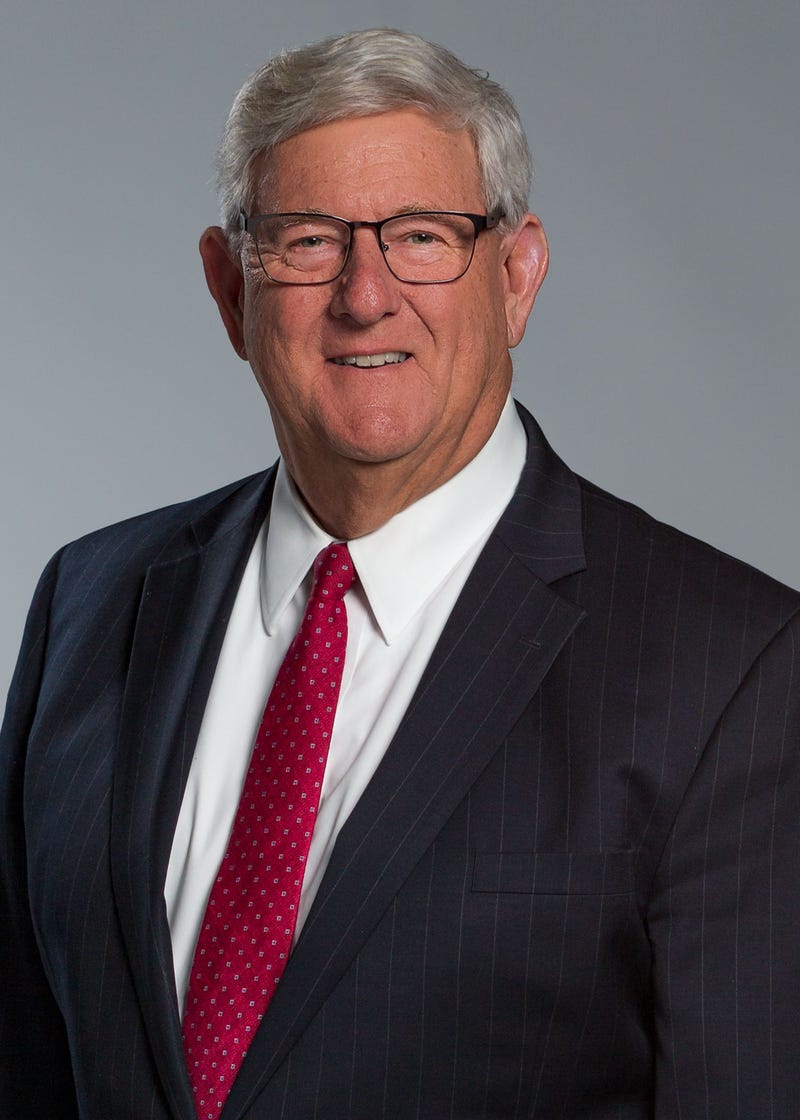 Released by WYFF4.
Greenville, SC— Meteorologist Dale Gilbert has announced his plans to retire after nearly 25 years working full-time at WYFF 4. Last February, Gilbert told viewers he was scaling back his hours and moving to the weekend morning newscasts. Now he plans to retire but will still serve as a fill-in meteorologist on occasion. Watch Gilbert’s message to viewers here.
“Dale has spent his career of more than 50 years here in South Carolina,” remarked WYFF 4 President and General Manager John Humphries. “He’s a legend in local broadcasting, and a familiar voice viewers trust. We are grateful for Dale’s many years of service as a valued member of the WYFF News 4 team, and we wish him well in retirement.” “Years ago, my transition from radio to television gave me the opportunity to work with some wonderful, talented people at WYFF News 4,” Gilbert said. “Now this next transition will allow me more time to spend with my family. Thank you to all the viewers over the years for allowing me to be a part of your home every morning.” Gilbert began his career at WYFF 4 (then WFBC-TV) doing fill-in weather in the early 1970’s.
He joined the station full time as morning and noon meteorologist in 1996. In 2014, Gilbert was honored with the South Carolina Broadcasters Association Masters Award, an honor recognizing his lifetime achievements in broadcasting in the Greenville-Spartanburg-AshevilleAnderson market. His popular “Dale’s School Salute” segment has highlighted countless teachers and their students around the area. Gilbert has also made regular visits to area schools giving weather presentations, and he’s been called upon as an emcee for a wide range of community events. Gilbert is the stadium announcer for the Clemson Tigers.