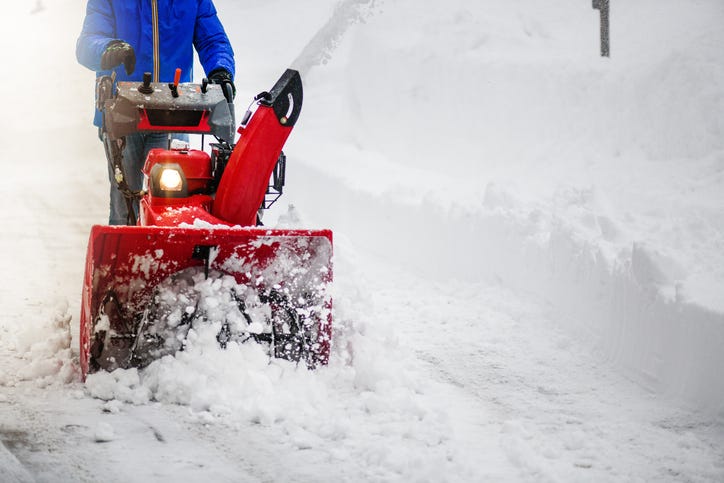 As chillier temperatures settled into metro Detroit on Monday, there was one bright spot for all the sun lovers who may otherwise bemoan their fate as winter started its gloomy descent over the region.

They weren't in Marquette.

Jeff Lutz, a meteorologist with the Marquette office of the National Weather Service, says believe it or not this isn't unusual for this time of year. And anyone who's miserable about it can apparently blame the lake.

"Part of that has to do with lake effect. So as some of these systems have moved out, they've had a lot of cold air. We've had lake effect in Gaylord area and northwest lower Michigan that's been more rain driven until recently. For there, they've had the colder air up in that area for a longer period. They've been able to get lake effect in behind everything," Lutz said.

Winter Storm Warning (Pink) ... Weather Advisory (Purple) into this evening ... I expect 6"+ in the warning area and 1-5" in and near the advisory area. Little or no snow up north. Slippery roads and reduced visibility will hamper travel. pic.twitter.com/zaOpMgyho6

But it's not just snowy Up North, it's also bone-jarringly cold.

“This recent snowfall also established a new monthly snowfall record for the month of October at our office. Total snowfall recorded for the month stands at 19.2 inches! This breaks the old record of 18.6 inches set in 1979. Weather records for the National Weather Service office located in Negaunee Township date back to 1961,” meteorologists from the NWS Marquette office said.

Meanwhile in metro Detroit, it's 46 degrees on Monday and will top out at about 50 degrees. Get the full forecast every 10 minutes on the 8s on air and HERE. Highs will settle into the mid-40s, up to 50 degrees every day this week with periods of rain.