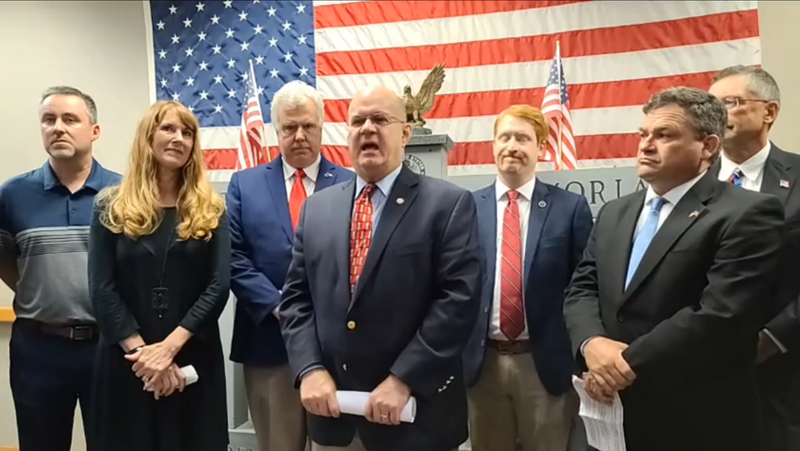 Among these endorsements included a letter from Bill Bledsoe, who is also on the ballot as the Constitution Party candidate.

He announced, in the letter, the suspension of his campaign to endorse Senator Lindsey Graham for re-election.

Read the full letter below: 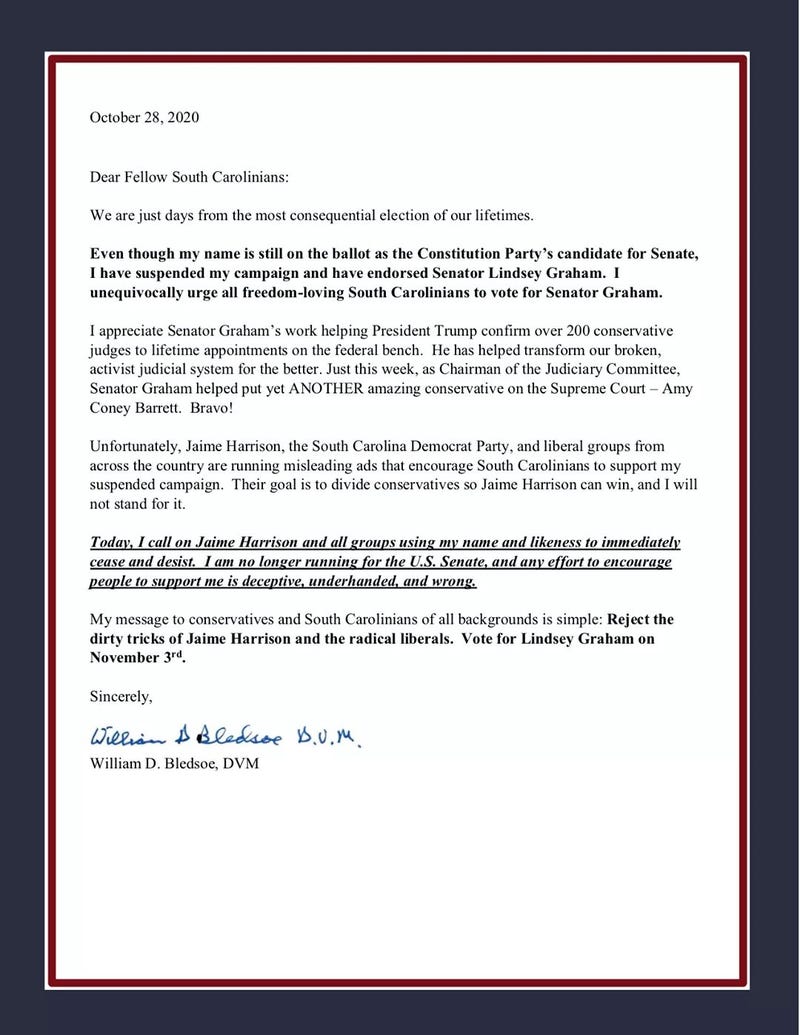