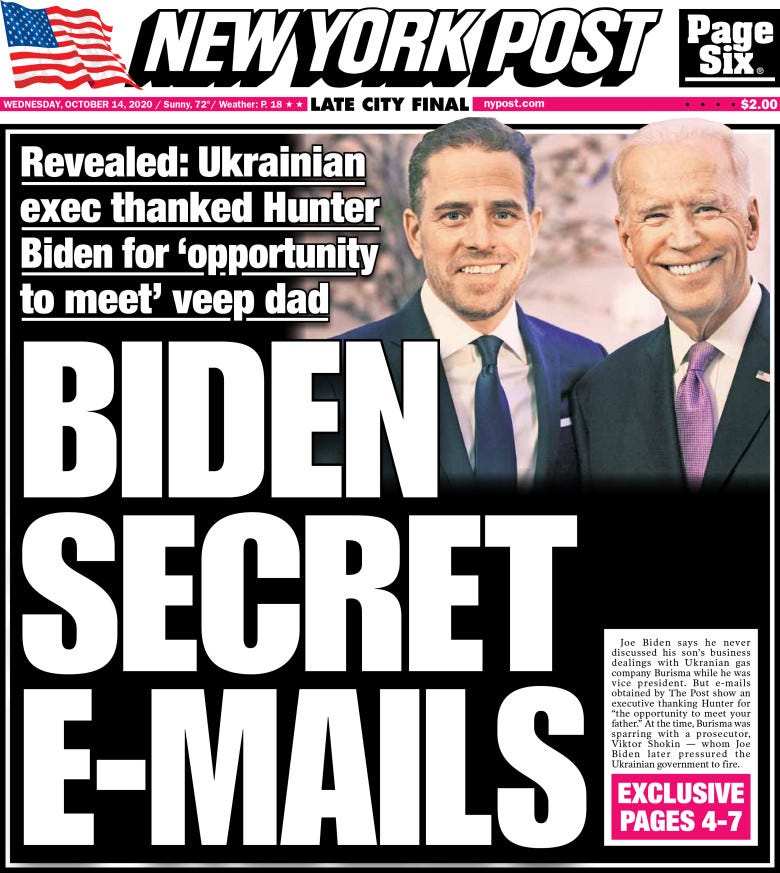 After the article's publication, Facebook said it would reduce its reach until it was verified by a third-party fact-checker. Twitter then followed suit with a similar move.

Twitter blocked users from sharing the story. White House Press Secretary Kayleigh McEnany, for example, was locked out of her account. At the time, the company said its decision stemmed from its policy on "hacked materials."

But fast forward several hours later to Dorsey's tweet: "Our communication around our actions on the @nypost article was not great. And blocking URL sharing via tweet or DM with zero context as to why we’re blocking: unacceptable."

The Twitter Safety account then tweeted that it wanted to provide "much needed clarity" around the company's actions.

A tweet that acknowledged the company needed to do better read, "We know we have more work to do to provide clarity in our product when we enforce our rules in this manner. We should provide additional clarity and context when preventing the Tweeting or DMing of URLs that violate our policies."

As for why Twitter limited the story's distribution, a tweet read, "The images contained in the articles include personal and private information — like email addresses and phone numbers — which violate our rules."

The tweets continued, "As noted this morning, we also currently view materials included in the articles as violations of our Hacked Materials Policy. Commentary on or discussion about hacked materials, such as articles that cover them but do not include or link to the materials themselves, aren’t a violation of this policy. Our policy only covers links to or images of hacked material themselves."