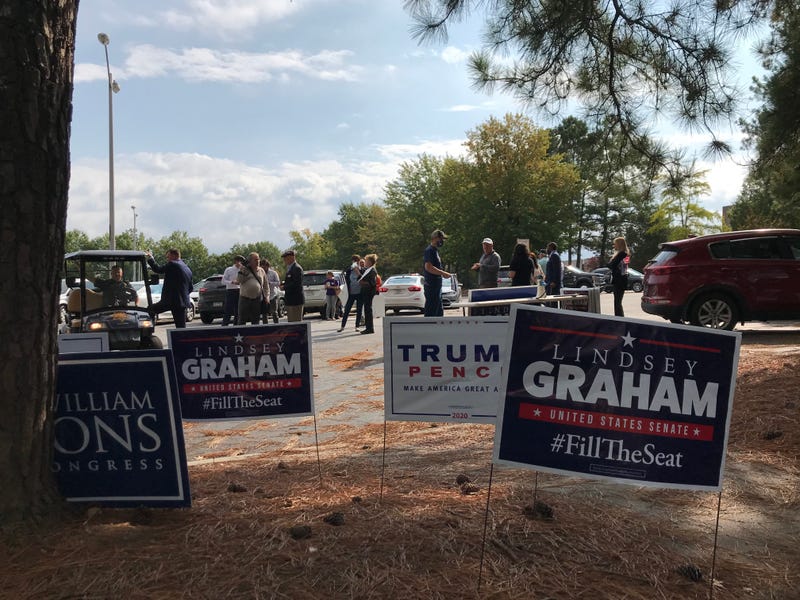 Sheriff Lewis described the event as a voter initiative.

"This is a kind of a voter drive, voter initiative, Back the Blue event for us, obviously hoping people will come out and support law enforcement," Lewis said. 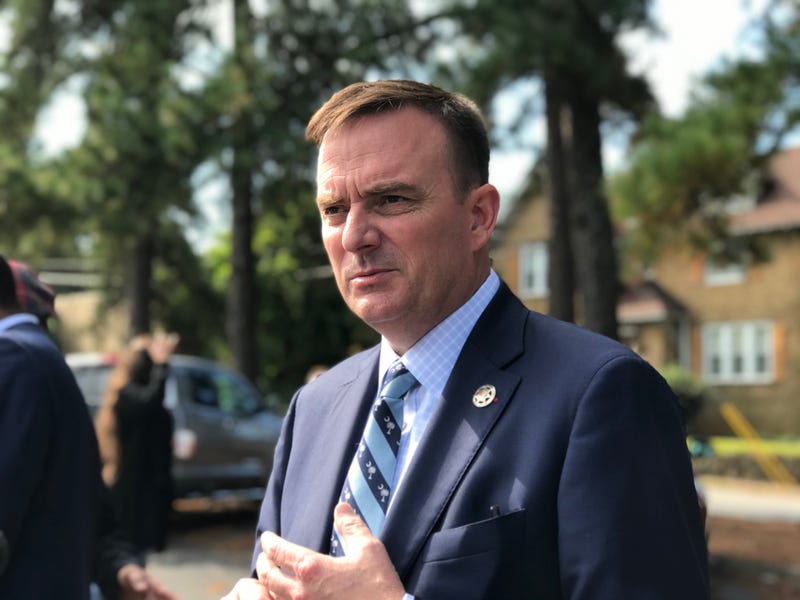 He referenced the long line in front of County Square and said it was a demonstration of people's drive to participate in the election.

"We got to make sure, even if you don't like a candidate, if you believe in conservative values and you believe in supporting law enforcement, you just have to push that side of the ballot," Lewis said. "It's a critical time for us. 2020 has been such a strange year. Now we're getting to the end of it, and it's going to end with an election one way or the other." 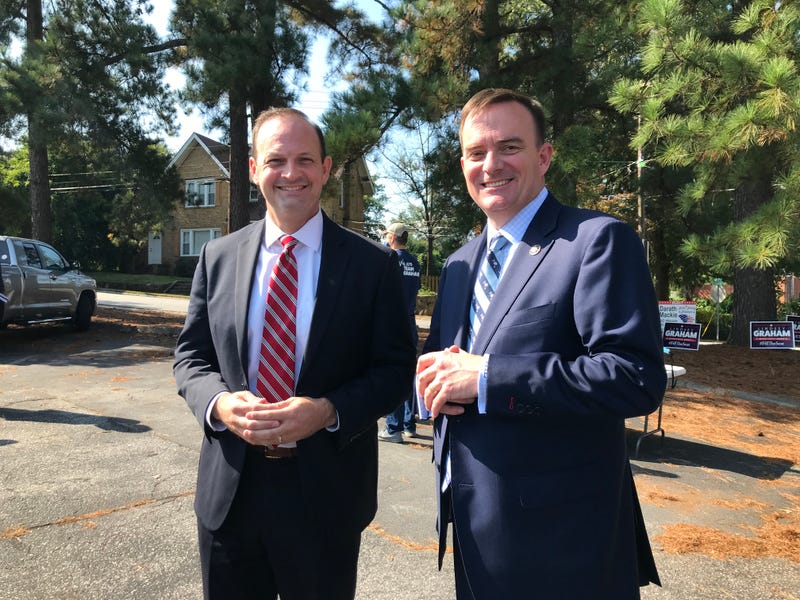 "The only way to protect all South Carolinians is to put people in the positions of power that are going to support our law enforcement because those men and women are risking their lives every single day.  We need to have more police in more communities protecting those citizens, not less," Wilson said. 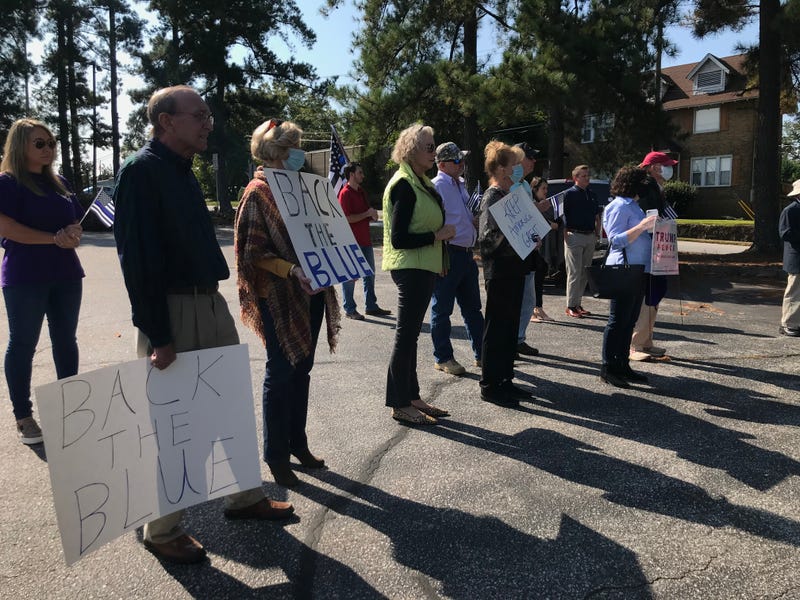 While the event was prepared by the SCGOP and targeted a right-wing audience, Sheriff Lewis made a point to thank all voters.