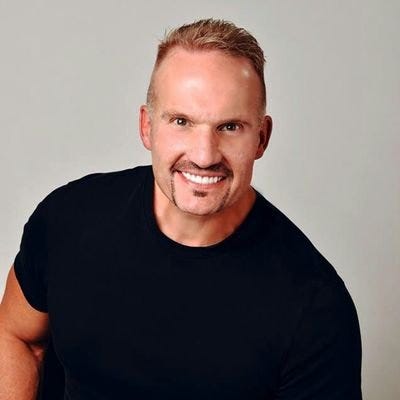 Anderson native Ron Carpenter wants to rebuild the megachurch he founded nearly three decades ago in Greenville.  His Redemption World Outreach Center had mushroomed from its early years in a vacant movie theatre into one of the largest congregations in the Southeast by 2018. That's when he moved his ministry to San Jose, California. Much of the time since then it's been mired in a legal battle to evict the evangelist Carpenter had handed the keys to the sprawling campus off Haywood Road.  Carpenter says pastor and Oprah Winfrey Network personality John Gray defaulted on lease payments and other provisions allowing him to establish his Relentless Church in the complex with its vast auditorium, fitness center, restaurant, gift shop and acres of color-coded parking lots.

Gray denied Carpenter's claims saying he has tried for two years to fairly negotiate disagreements over the terms of his takeover, then later abruptly announced that he would soon relocate his congregation elsewhere in the Greenville area and establish a church in Atlanta as well.  He's also made several appearances since then in the pulpit of Joel Osteen's Lakewood megachurch in Houston where he was once an associate pastor.

But his own future has become cloudier with the Oprah Winfrey Network's announcement that his "Book of John Gray" syndicated show will not be renewed for a fourth season, and his lawyer's statement in late August saying Gray has been targeted by an extortionist's allegations of an "adulterous extramarital relationship."  Gray says the claims by a Houston woman are completely false and that "blackmail evidence is being forwarded to the FBI."

Announcement of Carpenter's plans to reestablish his Redemption Outreach presence in Greenville came in a YouTube video over the weekend. He told his California congregation he would be spending time in Greenville early next year to "nurse it and get it going," but would maintain the San Jose ministry as the co-anchor of "a new national church."  Carpenter has since closed a Raleigh, North Carolina, church he had once billed as "Redemption-East."

He reportedly told Greenville supporters of plans to preach to his congregaton in the former TD Convention Center arena while new facilites are being readied saying the decision to establish his Bay Area church, and the subsequent controversy surrounding Gray's ministry, "left a lot of people who love Redemption, who love this ministry, kind of disenfranchised and without a home."

His official statement at the end of an appeal for tithes and offerings to sustain the ministry through the pandemic added, "I believe we can expand across the nation...have campuses on the West Coast and on the East Coast and God can make the name of this ministry great, to bring Him glory and to do something that’s never been done before."