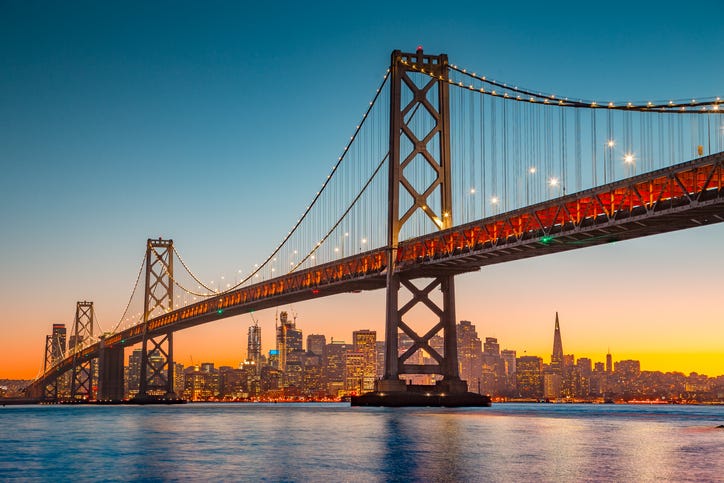 Real estate website Property Shark analyzed the median home sale prices of condos, co-ops and single- and two-family homes to come up with the list of the 100 most expensive zip codes (125 in total because of ties) in the country and 91 of them were in the Golden State alone.

The Most Expensive Zip Codes In The US In 2019, Visualized https://t.co/55KZUPAeDW

California’s nearest rival was New York, which had 18 of the priciest zips within its borders. In total, all the zip codes on the list were located within just 11 states. New Jersey, Massachusetts, Florida, Nevada, Connecticut, Washington, Arizona, Maryland, and New Hampshire were the other nine.

Leading the pack in the #1 spot for the third year in a row is Atherton, California’s 94027 (in San Mateo County) with a median home sale price of $7,050,000. This is the first time any zip has exceeded $7 million. With Google, Facebook and other tech giants a stone’s throw away, Atherton is home to many titans of Silicon Valley.

In second place is Sagaponack, New York (11962), located in the tony Hamptons section of Long Island, with a median price of $4,300,000. The area is known for being the summer playground of celebrities like Jimmy Fallon and Billy Joel, as well as many Wall Street moguls.

The downtown Manhattan neighborhood of Tribeca (New York’s 10007) rounds out the top five with $3,900,000 needed to own a home alongside local residents like Robert DeNiro, Jake Gyllenhaal and Beyoncé.

The top 10 most expensive zip codes are as follows: