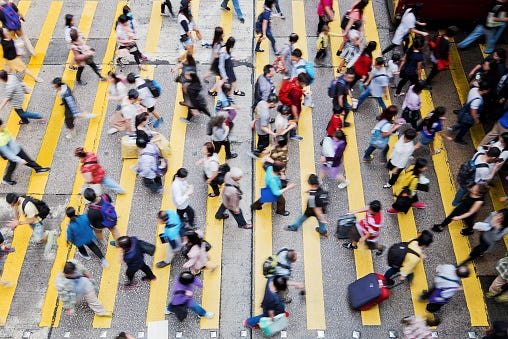 Many things go into picking the ultimate vacation, such as budget, weather, local attractions, and dining options.

But regardless if you’re spending a week on the beach or traipsing through one of the biggest cities in the world, everyone wants to feel safe when they’re playing tourist.

With that in mind, you might want to book a trip to Tokyo soon, at least according to The Economist Intelligence Unit’s 2019 Safe Cities Index (SCI).

The report ranked 60 cities around the world in terms of digital security, health security, infrastructure and personal safety, and the Japanese capital came out on top with an overall score of 92 out of 100, reported CNN.

This is the third time in a row that Tokyo has landed in the #1 spot on the list.

Fans of the 2018 box office hit “Crazy Rich Asians” got a glimpse of the next safest city, as Singapore came in at #2.

Osaka, Japan, Amsterdam, Netherlands and Sydney, Australia round out the top 5.

While the country may be divided politically, the only American city to make the top 10 is the nation’s capital, as Washington, D.C. was 7th on the list.

In compiling the data, the SCI looked at four pillars such as “access to high-quality healthcare, dedicated cyber-security teams, community-based police patrolling or disaster continuity planning.”

According to the report, the safest cities are the ones that “get the basics right” and then consider the specific needs of their area.