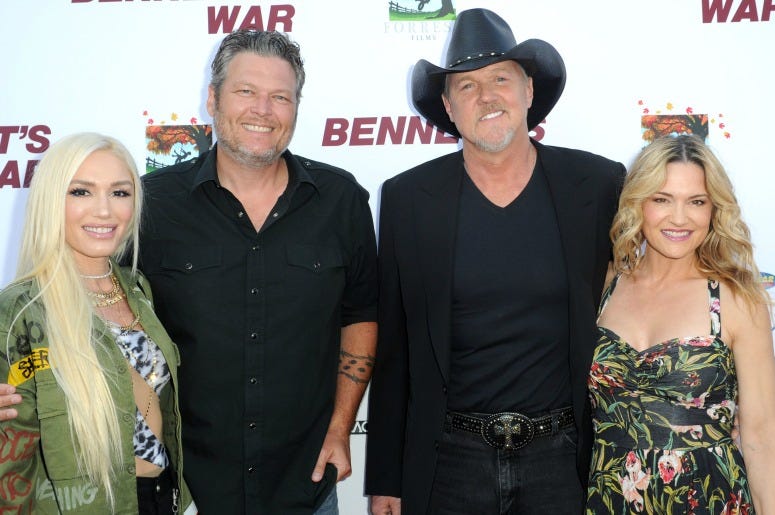 Trace Adkins and Victoria Pratt said “I do” this weekend, with a little help from an old friend.

Blake Shelton officiated the event, happening at Maison Montegut in the French Quarter of New Orleans, where the couple tied the knot and celebrated with family and friends. Adkins dressed in black jeans, a black blazer, and a black cowboy hat, towering over his bride in a traditional white, strapless wedding dress.

Shelton and Adkins have been friends for a long time, collaborating most recently on the song, “Hell Right,” earlier this year. Shelton and his girlfriend, Gwen Stefani, joined the newlyweds in August at the premiere of Adkins’ film Bennett’s War.

The acting career of Adkins is actually what helped him find his new wife. Pratt and the “You’re Gonna Miss This” singer first met while filming The Virginian in 2014. This is the fourth marriage for Adkins and the second for Pratt.

The world is still waiting for wedding bells to ring for Shelton and Stefani, who have been dating since 2015. In the meantime, Gwen has been applauding the parenting skills of Blake, explaining earlier this year that he’s a “good Dad.”

“He’s been helping me out a lot,” Stefani said on Today in September. “I literally get to the point where I’m like, ‘You’ve got to get home. Come help!’ It’s hard. I have three boys.”