“Scandal” fans hoping for a big screen version of the ABC series got their hopes up on Tuesday.

She captioned the clip, “SCANDAL THE MOVIE. Click the link for more info... “

However, instead of a trailer or more news of when the movie might be released, the link actually took fans to When We All Vote website. The site helps people register to vote.

“From your local school board to the Senate, it’s important to vote in every election,” read a notice on the site, alongside an image of Washington. “Thanks for taking the first step. Take just a few minutes and complete the form below to get started and to make sure your voice is heard!”

While some fans were disappointed that a “Scandal” movie wasn’t in the works, most approved of her promoting civic responsibility.

“Haha!! Good one I’m already registered and have a plan. I’m voting next week early voting here in Virginia!!” added another.

“MISS KERRY DON’T BE PLAYING WITH ME LIKE THAT!!!! Had my whole heart jumping! Yes I’m registered to vote and I already requested my absentee ballot,” a third commented.

After seven seasons, "Scandal" signed off in 2018. There are currently no plans to release a movie version of the series.

The actress took the creative tactic in support of September 22nd being National Voter Registration Day. 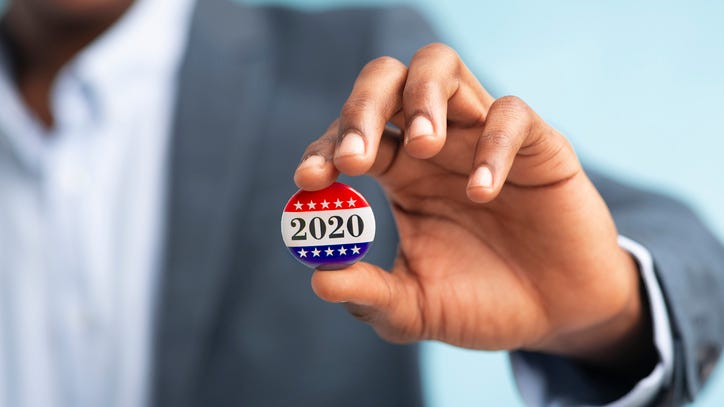 National Voter Registration Day: Make sure your voice is heard in the 2020 election

This year’s event is the ninth annual celebration of the day, which was established in 2012 to encourage the “broad awareness of voter registration opportunities,” according to the National Voter Registration Day site.

While Election Day is November 3rd, voter registration deadlines vary around the country. Find out when the deadline to register is in your state here.

For resources and information on voting in the election, visit RADIO.COM’s Civic Education. Find more updates on the 2020 election cycle here.