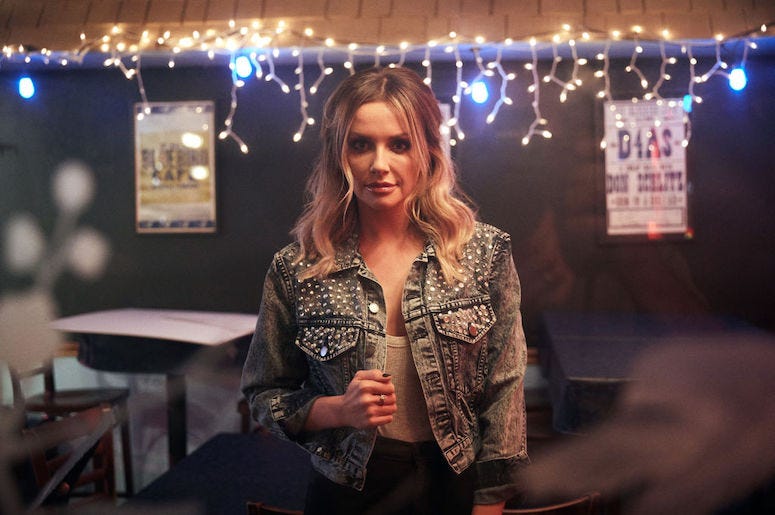 First things first, let’s clear up what could easily be misconstrued. Carly Pearce is 30 years old. Why’s this important? She has a brand new EP called 29 arriving today and it helps explain the meaning behind it.

Pearce spoke with RADIO.COM’s Gunner and Cheyenne on the day she released her newest EP 29.

“For me it’s no secret that 29 was just a crazy year,” she says. “I had a lot of loss, I lost my longtime producer unexpectedly very fast from glioblastoma brain cancer and went through a very public divorce.”

“The end of your 20s, early 30s years, some things turn out differently than you expected,” Pearce adds. “For me, 29 was just like a year of a lot of those moments of twists and turns, but ultimately got me to a really happy place. It’s like you’re going on this journey of 29 with me.”

At the same time, she also achieved a career first with the EP. “I made the decision very quickly to not shy away from that [honesty] and I wrote all seven songs, which is the first time that I’ve ever written everything on a project.”

As part of that honesty, Pearce wiped her Instagram clean. It served as a deliberate move on her part. ”It’s so hard as artists right now to feel connected to fans and for me I kind of wanted to give them something visually since I can’t be there live,” Pearce says.

“It was kind of like a cool turning of the page, kind of like wiping everything clean for a minute to then show them that this is a new chapter, this is a new start for me. I know a lot of you have been wondering where I’m at in the process over the past year and I’m ready to show you.”