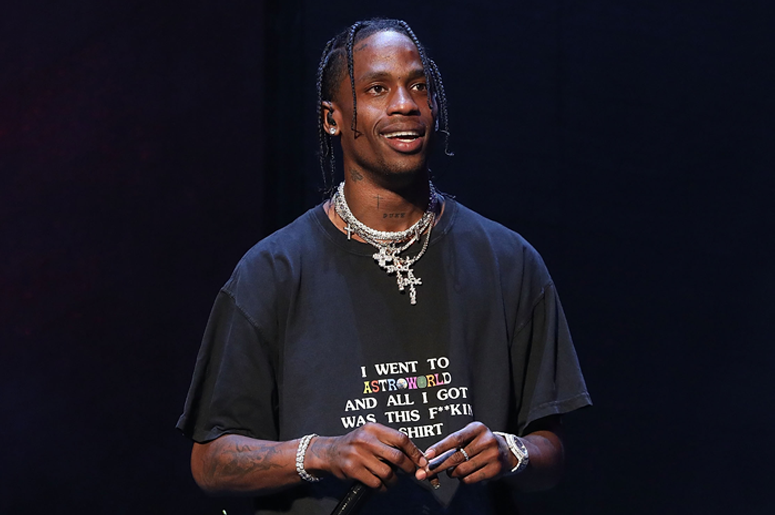 Travis Scott and Nike have become quite the power couple. With every collaboration shoe drop, the lit-ness gets higher. Falling right in line, is their latest drop, which they’ve introduced a third to for the Travis Scott x PlayStation x Nike SB Dunk Lows﻿, and everybody wants them.

About three weeks ago Sony made the announcement that Scott would act as a “strategic creative partner” for the PlayStation 5. The company confirmed that Cactus Jack collaborations are in the works, but doesn't specify what product is releasing. The report brought about many expectations, especially since Travis is no stranger to collaboration merch lines.

Speculations turned into confirmations when Playstation released an ad for the PS5, featuring Scott and Sony Interactive Entertainment employees sporting various items from the Cactus Jack line. Also making their grand reveal, a pair of yet to be seen Travis Scott x Playstation x Nike Dunk Low sneakers, albeit in black and white.

Similar to the reversed colorway Air Jordan 1, Scott recently wore in his “Franchise” video, the new shoe features Scott's signature reverse Swoosh on the shoes outer side closely positioned next to the PS logo.

"I’m really looking forward to being able to showcase everything that Cactus Jack has worked on with Sony and the Playstation team," Travis shared in a press release. "Most importantly I’m excited to see how the Playstation fans and family respond, and I look forward to running some games with everybody very soon!"

Check out the Travis Scott x PlayStation x Nike SB Dunk Lows in all their colored glory in Travis’s IG post below, swipe to get a closer look.

sports
Deshaun Watson: 'Loyalty is everything. Don't you EVER forget it.'
news
Here are the 10 happiest states in America
news
Encuentran padres de mas de 100 niños separados en la frontera
sports
Francisco Lindor channels his inner Eddie Murphy at Mets spring training
music
We're obsessed with Post Malone's Hootie & The Blowfish cover, and there's nothing you can do
music
MTV is finally bringing back 'Yo! MTV Raps' and 'Unplugged' for new streaming service