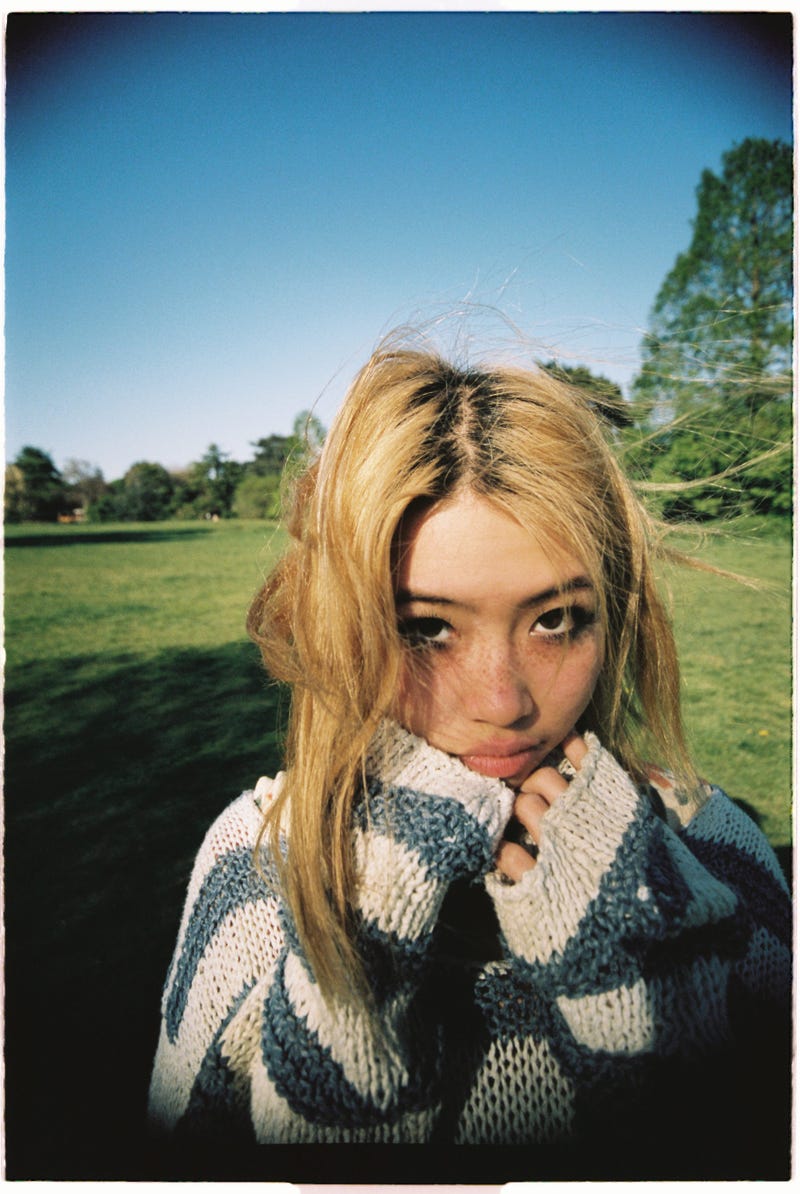 "I get all these messages from girls that look like me when I was 15, and they're like, 'I picked up a guitar because of you!'" says Beabadoobee, beaming bright with pride. As a Filipino-British woman, she's a rare figure in the indie music industry – and with her frank sense of humour and soaring, angst-ridden hooks, she knows better than anyone how to speak to teenage girls. At 20, after all, she very recently was one. "It's so heartwarming to know that I've helped these people somehow, in some way, to be more comfortable with themselves. It makes me happy." Perhaps that's why she describes her debut album, Fake It Flowers, as a "female record," in the vein of indie's torchbearers of female rage, like Alanis Morrissette and Dolores O’Riordan or bands including The Breeders, Veruca Salt and The Cranberries. "It's a record for girls to cry to and dance to and get angry to. It's all about, like, how annoying it is to be a girl."

Bea Kristi's teenage years have been more of a whirlwind than most. Her first single was also the very first song she ever wrote: the sweet and devastating acoustic track "Coffee", which went viral after she uploaded it to Soundcloud in 2017. After quickly following it up with a self-released four-track cassette, she signed to The 1975's record label Dirty Hit, and dropped another EP the following year. In 2019, she released two more EPs – the acclaimed Loveworm and Space Cadet – toured the US with indie pop star Clairo, and covered the NME, who labeled her "devastatingly cool". In early 2020, she was nominated for the BRITs Rising Star Award, the BBC Sound of 2020, and performed at the NME Awards and at The 1975's O2 Arena shows. Before she could get a chance to catch her breath, "Coffee" then took on a new life of its own – as the sampled chorus in Canadian artist Powfu's "Death Bed", a TikTok smash which has now crept into the Top 20 chart in 27 countries. After all that, Bea is now locked down in her parents' house in west London, back in the bedroom where it all started, putting the finishing touches on her debut album and meditating on everything that brought her to this point.  Bea was born in Iloilo City in the Philippines in 2000, where her dad worked as a rep for a pharmaceutical company, having worked his way up from a background of living in slums. When Bea was two, her mum moved to the UK; she and her dad followed a year later. Growing up in west London, Bea often found herself feeling like an outsider – particularly at her majority-white, Catholic school, where she felt ostracised by the other girls. By the time she was 14, she found solace in the alternative indie bands she discovered through her mum, including the Cranberries, the Smiths, and Original Filipino Music bands such as Itchy Worms and APO Hiking Society. She also liked to pretend she was a teenager from a past generation by listening to cassettes on her walkman.

After teaching herself to play "Kiss Me" by Sixpence None the Richer, Bea wrote "Coffee": a painfully, beautifully simple song that captured her mindset at that time. It revealed a songwriter who can cut right down to the bone of a feeling; or, as she puts it, "it's so pure." Bea likes to describe everything that came next in terms of phases defined by the colours of her hair. Her self-released debut EP Lice was "pure, innocent Bea", with un-dyed natural hair. For her follow-up, the hushed, acoustic Patched Up, she dyed her hair burgundy. "That's a Bea I'd want to go back to, because that was when I was so wholesome and still so innocent, but I was intrigued by everything, and listening to Daniel Johnston. That was a really happy time of my life." When she released Loveworm in early 2019, she had fiery red hair, was deeply into Sub Pop's 1990s releases, and was writing with searing vulnerability about her relationship.

It was after returning from tour that she wrote Fake It Flowers: a raw, confessional grunge album with real trauma at its heart, and by far the most mature body of work she's released yet.

The first taste of this explicitly vulnerable new direction is the lead single "Care", which on the surface doesn't immediately scan as a song that's actually about trauma – as Bea puts it, it has "end of 90s movie vibes, like you're driving down a highway". Swooping melodically, the song lightly touches on something that happened in the past that Bea can't forget about, before pivoting into a cathartic, carefree yell of a chorus: "'Cause you don't really care, care, care!"

"This song is pretty much me being angry at society, or people around me who I just don't think know me and don't care," Bea explains. "Like, I don't want you to feel f***ing sorry for me, dude. I just want you to understand what I've been through."

During the lockdown, Bea has not only had time to finish her album, but also to reflect on all the difficult, gnarly subjects she's written about for it. "I tend to get really overexcited sometimes, and I guess that's the reason why I make a lot of mistakes," she says. "But I don't regret them, because it's made me learn so much. What I've learned is to just take things slow, and to look back, and appreciate everything." So how will she describe this blonde-haired phase? "Bea with blonde hair is like, adult Bea," she says. "Not playing around. Serious Bea. I'm still immature and a bit dumb, I'm young, and I don't know what the **** I'm doing. But hopefully people will start to see that I'm learning and growing, and that this album represents that."